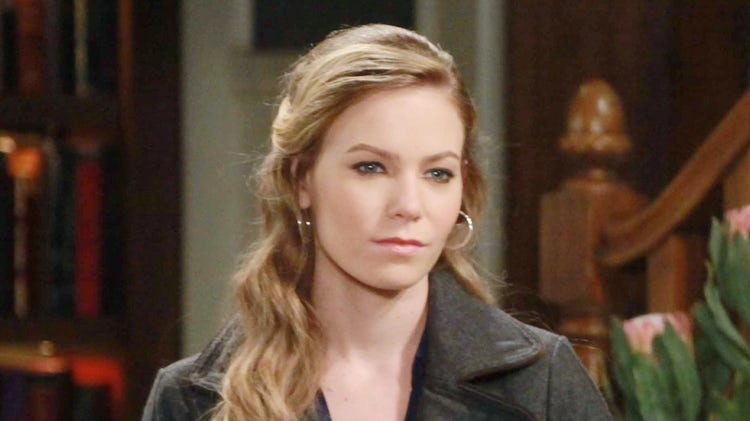 “General Hospital” has been teasing the approaching end to the Wiley/Jonah baby swap storyline, which includes the return of Nelle Benson (Chloe Lanier). Nelle is currently locked up in Ferncliff, but GH spoilers hint that she is escaping and is heading back to Port Charles.

No GH rep has confirmed the reports that Nelle is coming back, but it has been said before that bringing her again is “always a possibility.” Amid these, actress Lanier opens up about her alter ego’s another visit, saying that she’s always up for it.

“I live 10 minutes away from the studio and I’m always happy to come back,” Lanier said. “It’s just a matter of scheduling or what they need for story purposes.”

Lanier revealed that she has been in touch with Frank Valentini, “General Hospital” executive producer, but she has no idea what the storyline twist would involve Nelle.

“I am completely in the dark, but I like that Nelle still has this power over so many people and they have no idea as she’s behind bars,” she shared. “That is really, really cool!”

Fans can expect to see Nelle back on the week of June 10. “General Hospital” spoilers tease that she will get a surprise visitor in Ferncliff. It’s not clear who the visitor is, but this might prompt her to try to escape prison.

Once on the loose in Port Charles, “General Hospital” spoilers suggest that she might target Carly Corinthos (Laura Wright) as she and Sonny Corinthos (Maurice Benard) prepare for the arrival of their baby.

Meanwhile, it would also be a big deal for Michael Corinthos (Chad Duell), who still has no idea that his son is alive. Brad Cooper (Parry Shen) and Lucas Jones (Ryan Carnes) adopted a baby, but he suddenly died in his crib. Brad then swapped the dead baby with Nelle’s, and he’s been trying hard to keep this secret. However, the truth is bound to be revealed soon.