General Hospital Spoilers: Ryan Chamberlain Is A Sitting Duck In Hospital – Will Someone Kill Him? 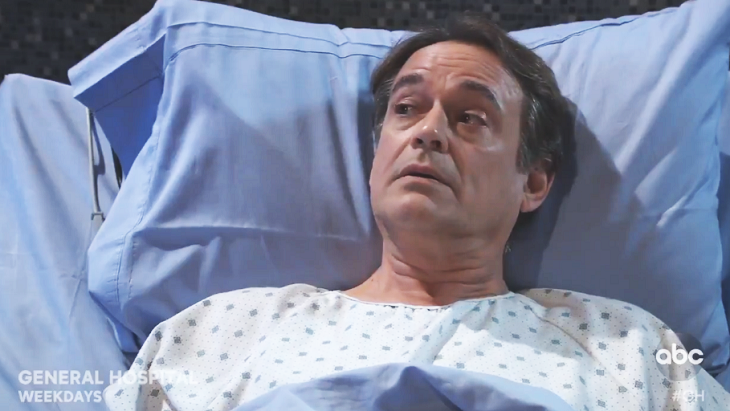 General Hospital spoilers for Tuesday, June 4th finds that someone is trying to kill Ryan Chamberlain (Jon Lindstrom). Despite the fact that Ryan is one of the biggest serial killers that Port Charles has seen in a very long time, it appears as though someone wants him dead – and fast, too.

Also, Stella Henry (Vernee Watson) is willing to do anything to save Jordan Henry (Briana Nicole Henry). Here’s what you need to know.

While there’s no doubt that Stella has given Jordan a hard time throughout the years, she now wants her to know that she is going to be there for her. As a matter of fact, Stella is going to do whatever it takes to save Jordan’s life.

She even told Curtis Ashford (Donnell Turner) that she can be his secret weapon. And while no one knows what she has on her mind, it appears as though Stella might take desperate measures to make it happen.

Also, while everyone wants to help Jordan, there’s drama brewing on the other end of Port Charles. Franco (Roger Howarth) tells Liz (Rebecca Herbst) that some things are just meant to be. Kevin Chamberlain (also Jon Lindstrom) tries to pull a fast one while Finn says that he has new information about Ryan.

However, it looks like a mysterious person might have made their way to Ryan’s hospital room while he was asleep. They slipped in his room just in time to give him a shot before he woke up. Now Ryan is having attacks that no one can explain.

Elsewhere, Carly Corinthos (Laura Wright) is at her wit’s end as she has a lot of emotions that she is dealing with.

Not only is she nearing the last stages of her pregnancy, but she’s also dealing with her daughter Josslyn Jacks (Eden McCoy) and all of the emotions she’s had ever since her boyfriend Oscar Nero (Garren Stitt) passed away.

Let’s just say that the last few weeks of Carly’s pregnancy is going to be anything but peaceful for her. Of course, fans will have to tune in for all of the drama!