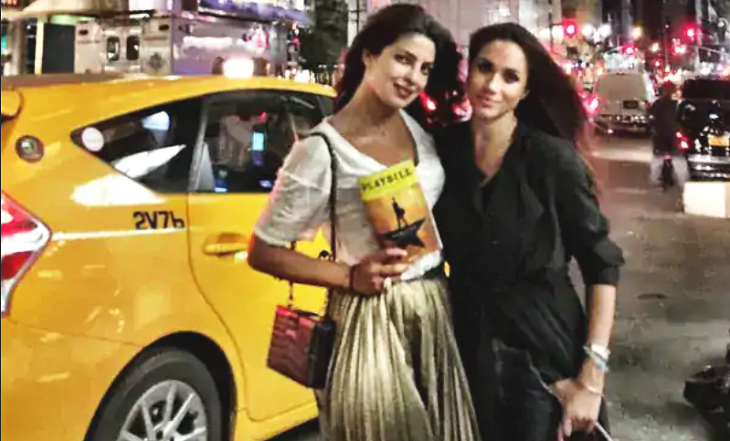 Priyanka Chopra is making it pretty clear to everyone that she’s got her girl’s back. As a matter of fact, Chopra went on the record to defend her dear friend Meghan Markle and even called out some of her critics for being racist. Here’s what she has to say.

Chopra spoke to Britain’s Sunday Times and said that all of the media criticism that the Duchess of Sussex has been getting on a daily basis has been rather unfortunate. However, she did say that if there is one person out there that can handle it, it’s most definitely her friend Meghan.

The Hollywood actress said that Meghan is one tough cookie that doesn’t pay any attention to her critics, despite the fact that they can be rather cruel and unforgiving sometimes.

Priyanka Chopra Says Meghan Markle Making The Most Of It

When asked if some people have a hard time seeing a biracial woman as a member of the British monarchy, Chopra said, “For sure, 100%. Of course it has to do with racism, it’s an obvious reason.

“But the beauty of Meg is that she’s been herself through all of this. A lot of people got to know her after everything [once she started dating Harry], but I knew her before and she’s the same chick.”

And even though it’s been a huge transition from Hollywood to life behind palace doors for Meghan Markle, Chopra says that the Duchess is making the most of it. In fact, she also believes that her good friend will be using her position and her reach to make a difference in this world.

She will do it through her charity work, her royal engagements and of course, each and every public appearance that she makes. Chopra also said that she is still in close contact with the Duchess of Sussex and that not much has changed in their friendship.

“Now that she’s got a real platform, she talks about the same things she always did,” Chopra continued.

“We spent hours speaking about the difference that influence and dialogue can make to the world before this whole thing happened, so what you see now is authentically her. She’s always been the girl wanting to move the needle.”