Young And The Restless Spoilers: Adam Plans To Expose Billy And Summer’s Affair 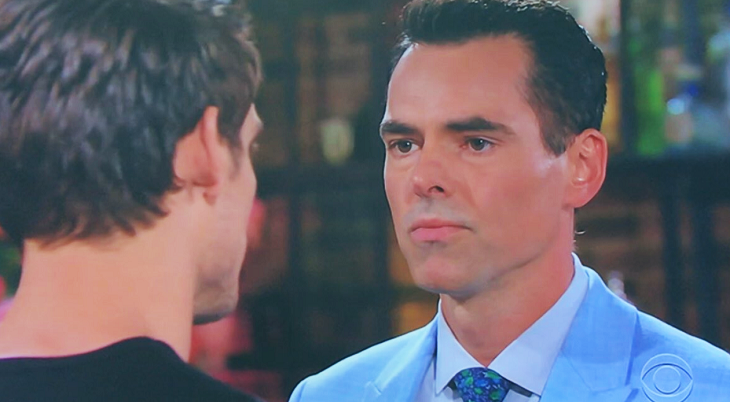 Since returning to Genoa City, Adam has reignited his feud with his siblings Victoria Newman (Amelia Heinle) and Nick Newman (Joshua Morrow). While Victoria and Nick are putting on a united front against Adam, his new tidbit of information could destroy their bond.

In order to get what he wants, Adam will have to team up with another Newman family nemesis. Phyllis Summers (Gina Tognoni) has become a town pariah. Not only did she become an enemy of The Newmans, but also the Abbott family.

Phyllis is currently seeking revenge against The Abbotts since being ousted as Jabot’s CEO. Also, she has a grudge against her ex-lover Billy and his ex-wife Victoria. Phyllis would love nothing more than to see the couple split up.

Phyllis is trying to get her new business running, but is having difficulty. Adam has already paid Phyllis to betray Nick, so he could also offer her more money if she helps him bring down Billy and Victoria. One tidbit of information that Phyllis could divulge would help Adam succeed in his plan.

The fling between Billy and Summer has been a secret for some time, but now it’s time that the truth is exposed.

Young And The Restless Spoilers – Fallout Will Be Huge

At Billy and Victoria’s recommitment ceremony, everyone gathered for the event. If Adam had known the truth, it would have been an opportunity to reveal Billy’s secret and set chaos in motion for his family. But he didn’t, so it looks like Adam’s reveal will be during an even bigger, more shocking moment.

Once the truth is told, the fallout will pit family members against each other. Victoria will be angry with Billy and kick him out of their house. Nick will be furious at Billy along with Phyllis, who knew the truth, but didn’t tell him. Summer will no doubt feel the wrath from her father and her aunt, plus this will also alter her relationship with he mother.

Young And The Restless #YR Spoilers: Phyllis Attacked By Mystery Intruder -Who Is After Adam's New Partner? @celebratesoaps https://t.co/uZrxmsaDQg

As for Victor Newman (Eric Braeden), he’s always hated Billy and upon learning that he took advantage of his granddaughter, the Newman patriarch is going to make Billy Boy pay.

Do you think Adam will expose Billy and Summer’s fling?