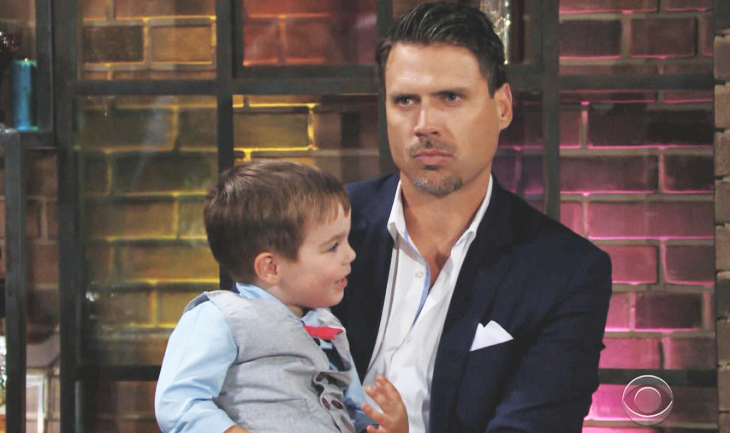 The Young and the Restless spoilers for June 4th indicate that Nick Newman (Joshua Morrow) will go out of his way to protect himself and little Christian. That’s because Adam Newman (Mark Grossman) is doing everything he can to take back his family.

Elsewhere, Summer Newman (Hunter King) is getting ahead of herself while her mother Phyllis Summers (Gina Tognoni) might land herself in danger. Here’s what you need to know.

The Newman family problems are taking stage and from what we know so far, things are about to get explosive. Nick has made it pretty clear that he’s not willing to give up custody of little Christian, simply because he doesn’t trust Adam.

Young And The Restless Spoilers – All His Energy Into Christian

Now that Sharon Newman (Sharon Case) has told Adam that Chelsea Newman (Melissa Claire Egan) has no interest in getting back together again with him or seeing him for that matter, Adam is putting all his energy into getting Christian back.

Unfortunately, speaking to Victor Newman (Eric Braeden) hasn’t helped Adam and his case at all and now he’s about to take drastic measures ensuring that he is about to get what he wants.

Elsewhere, Summer is letting herself enjoy her new life as a single woman. However, she won’t be single for too long. That’s because at a celebratory party for Jabot she will meet a handsome influencer by the name of Theo Vanderway (Tyler Johnson).

Young And The Restless Spoilers – Phyllis Newman In Trouble

Her soon-to-be ex-husband Kyle Abbott (Michael Mealor) can’t help but notice that Summer is getting pretty close to his good friend, who just moved from New York City to Genoa City to work with Jabot.

Also, Phyllis is about to get herself in a heap of trouble. That’s because after she crashed the party at Jabot, she herself got into a serious car crash. Unfortunately, she was intoxicated while behind the wheel.

And to make things worse, she got into a crash with her ex brother-in-law, Adam Newman. However, her fate is going to change when she realizes that she and Adam could work together to bring a few people down in Genoa City. Fans will have to tune in for all of the actions!

The Young and the Restless airs on CBS.