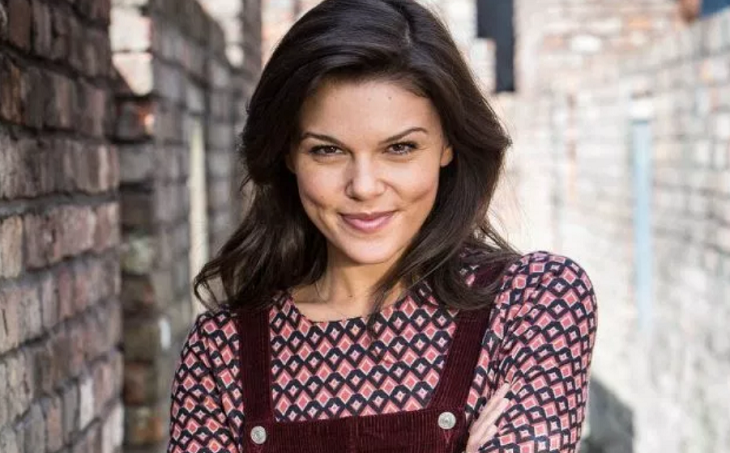 It won’t be all doom and gloom on Coronation Street in the coming weeks. As a matter of fact, actress Faye Brookes (Kate Connor) reveals that there are a few twists and turns in store for viewers. She’s speaking out about her departure from the hit ITV soap and what’s next for her character before she leaves.

In an interview with Britain’s Express, Brookes is opening up about her decision to leave the show. Her character has had a hard time pulling herself out of the rubble so to speak after her partner Rana Habeeb (Bhavna Limbachia) died in the Underworld roof collapse.

Things have been so bad that Carla Connor (Allison King) has had a massive mental breakdown. She blames herself for everything that happened, including the accident that took Rana’s life.

To make matters worse, Carla knew that the roof was unsafe but unfortunately didn’t do anything about it, which has now torn the Connor family in two.

Now Brookes is speaking out about what’s to come and admits that there are better times ahead for the Connor family. It’s not going to be as sad as these last few episodes have been.

“I’m so grateful they left an open ending because it means I can come back at any time, but at the same time it’s also a really happy ending for Kate because she’s been through hell and back,” she told the publication. “I like to know the fans are taken care off, no more sad stories. Kate is going to go out on a happy note.”

Coronation Street Spoilers – Actress Is Sad To Leave The Show

As far as her own departure is concerned, Brookes didn’t say what she plans on doing next but she did admit that she was going to miss her Coronation Street co-stars and family.

“I’m sad to go, but it’s a natural progression and it’s the end of my contract, but I’m very excited for my next project,” she said. “I don’t know what it is yet but I can promise it’s going to be good.”

With that said, here’s hoping that we see Faye Brookes back on our favorite soap in no time. We’ve got our fingers crossed!