Coronation Street Spoilers: Will Norris Change His Mind About Leaving? 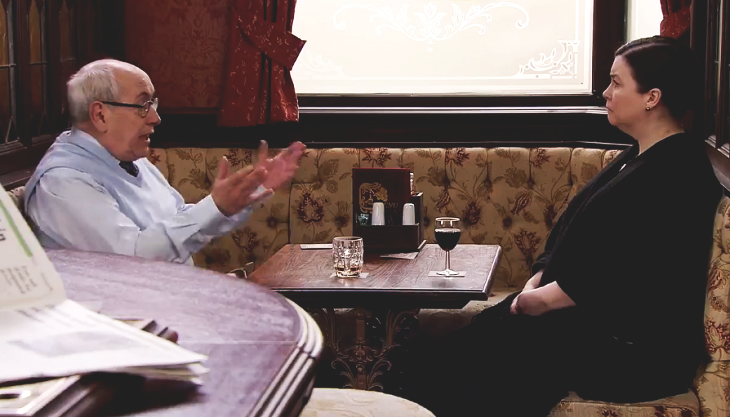 Coronation Street spoilers indicate that Mary Taylor (Pattie Claire) might help convince Norris Cole (Malcolm Hebden) to stay in Weatherfield after all. Here’s what you need to know.

Mary is planning a farewell party for Norris, but it looks like he might have a change of heart. Even though Mary and Norris’ relationship was never really romantic, Mary couldn’t help but feel devastated when Cole said that he was looking to leave town.

What’s more, Mary can’t help but feel suspicious over his new fiancé, Freda Burgess (Ali Briggs). Ever since she got with Norris she’s been nothing but trouble. Mary believes that Freda might be taking advantage of Norris and wants to put a stop to it.

When Mary tried to talk to Norris about his plans during the latest episode of Coronation Street, Freda came in and said that they’ve got everything sorted out well and that they didn’t need her help.

Mary looked confused and asked them why they are rushing with their move. She then turned to Norris as it was clear that she felt hurt that he didn’t share his plans with her.

Norris then let the cat out of the bag. He told Mary that they are selling the house and moving to Edinburgh. If that weren’t enough, Freda also added that they have plans to get married.

Referring to the issues they had in the past, Freda said that she would like for Mary to accept her apology for what happened so they can all finally move forward with their lives.

Even though Mary had a hard time hiding her true feelings, she decided that she would throw them a farewell party before they left town. However, Mary might have some other plans in mind. Fighting back tears, she then rushed off to The Rovers and started organizing a party for the engaged couple.

Coronation Street spoilers now tease that Mary’s party might help convince Norris that he should stay in Weatherfield. If he does decide to leave, it’s without a doubt that Mary will be left devastated. Of course, fans will have to tune in to find out what will happen next!