Days of Our Lives Spoilers Monday, June 10: Ben and Tripp Arrested – Haley Saved from the Flames – Will Asks Sonny to Marry Him 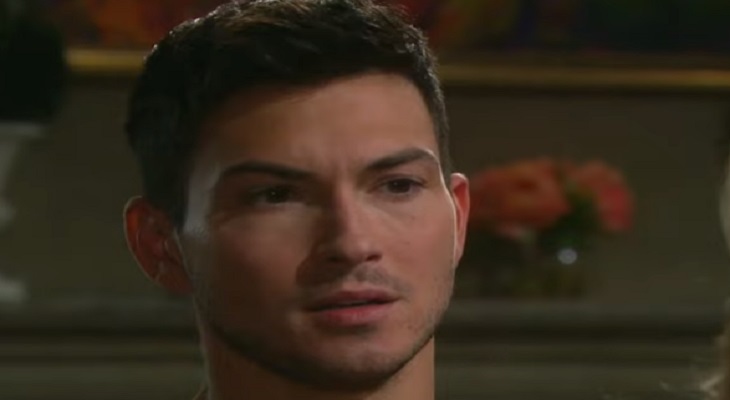 “Days of Our Lives” spoilers for Monday, June 10, tease that Sonny Kiriakis (Freddie Smith) will push Eve Deveraux (Kassie DePaiva) to hand over Dr. Wilhelm Rolf’s (William Utay) diary. She’ll have to convince Sonny that she doesn’t have it and can’t help him. It won’t be an easy task, but Sonny will eventually back down and turn his attention to Will Horton (Chandler Massey) again.

Later, Will will decide not to let his imminent death keep him down. He’ll ask Sonny to marry him and hope they can savor a little happiness. Will knows his time is running out, but he won’t want to spend it dwelling on mistakes or what might’ve been. He’d rather enjoy being with Sonny for as long as he can.

Naturally, Ben will look like he got caught red-handed. He’ll scramble to explain, but Eli will simply instruct an officer to arrest Ben and haul him back to the Salem PD. “Days of Our Lives” spoilers say Ben will spar with Eve once he’s there. She’ll be more than happy to gloat about this lucky turn of events – at least it’ll be lucky for her!

Back at the Horton cabin, Tripp Dalton (Lucas Adams) and Haley Chen (Thia Megia) will be saved from the flames. They’ll both suffer smoke inhalation, but Tripp will be in pretty good shape. It’s Haley that things will get dicey for. It looks like Eli will have to perform CPR and get her breathing again, but Haley will ultimately be fine. She’ll be taken to the hospital for treatment soon enough.

Alas, this means the deportation process will resume and Tripp will be in big trouble with ICE. “Days of Our Lives” spoilers say Tripp will be arrested over the phony marriage. Trying to help Haley leave the country will serve as proof of what he was doing all along.

Other “Days” spoilers state that Lani Price (Sal Stowers) will be rejected. Rafe Hernandez (Galen Gering) will pull away from her kiss and contend that this isn’t really what she wants. He’ll help Lani see that she’s become attached to David Ridgeway and the idea of a family. Lani isn’t in love with Rafe; she’s in love with that baby.

Lani’s realization will lead to some surprising developments, so stay tuned for more drama. We’ll give you updates as other “Days” news and rumors emerge. Stick with DOOL and don’t forget to check Soap Opera Spy often for the latest “Days of Our Lives” spoilers, rumors, updates and news.