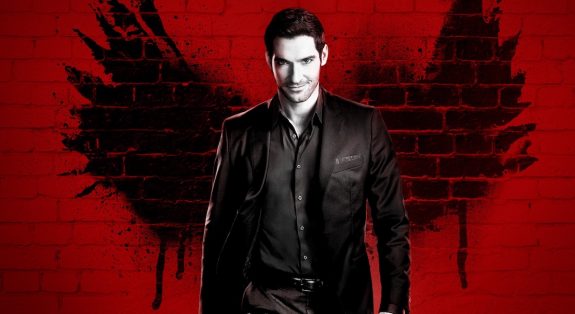 We’ve got good news for Lucifer fans. That’s because Netflix has announced that they have decided to renew the fan favorite drama for a 5th season. However, it will also be the show’s last. The series, which stars Tom Ellis, was picked up by Netflix after it was canceled by the Fox network just after three seasons. Here’s what you need to know.

Lucifer made its debut on May 8 with a 10-episode run, despite the fact that the last season had 13 episodes on Fox. The series, which is produced by Warner Bros, television, is based on the characters created by Neil Gaiman, Sam Kieth and Mike Dringenberg. The cast includes Lauren German, Kevin Alejandro, Lesley Ann Brandt, Aimee Garcia, Inbar Levi and Graham McTavish.

It follows Lucifer, who is otherwise known as the original fallen angel. He has become dissatisfied with his life in hell and that’s why he has decided to embark on a new one in Los Angeles. However, he ends up indulging on some of his favorite things, which include wine and women. The series first aired on Fox back in January of 2016.

Lucifer Spoilers: Season 4 Debuted On May 8 With 10 Episodes

Showrunners Joe Henderson and Ildy Modrovich said in a statement to the press, “We are so incredibly thankful to Netflix for resurrecting our show last season and now letting us finish the story of Lucifer on our own terms. Most importantly, we want to thank the fans for their incredible passion and support. The best is yet to come.”

thanks to the lucifans, #lucifer's story will come to an end the way it should: the fifth and final season is coming to @netflix. pic.twitter.com/EvknS5AVHK

Netflix also said in their own statement, “We are thrilled that Lucifer fans around the world have embraced this series on Netflix, and we cannot wait to give them the big finish they have all been waiting for.”

Lucifer Spoilers: No Debut Date For Season 5 But I Will Be Released Soon

While it was considered a moderate success on Fox, it wasn’t the spectacular performer that the network was looking for. The show ended up being cut after its 2017-2018 season before it found its new home at Netflix. The popular online streaming series does not release viewing figures for its series. Netflix so far hasn’t announced Lucifer Season 5’s debut date. We’ll update you with more information as it comes in.