The Bold and the Beautiful Rumor: Will Sally Seduce Newly Single Liam To Get Back At Wyatt? 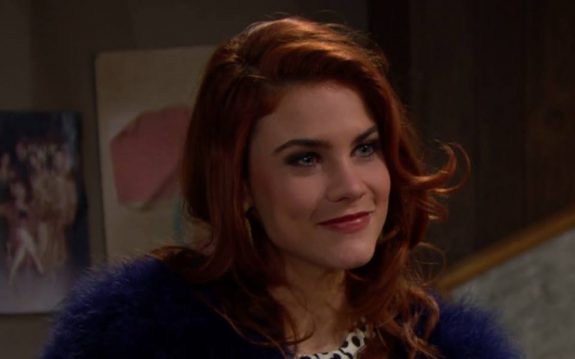 The Bold and the Beautiful rumors indicate that Sally Spectra (Courtney Hope) will set her sights on a new man following her break up with Wyatt Spencer (Darin Brooks).

Wally fans had their hearts shattered when Wyatt and Sally broke up. Wyatt has since moved on with his ex-girlfriend Flo Fulton (Katrina Bowden). As for Sally, she’s without a man, but she could be gaining a new love interest, one who is recently single.

Liam is in the midst of an annulment with his wife Hope Logan (Annika Noelle). With Liam and Hope over, many viewers assume Liam will go back to his ex-wife Steffy Forrester (Jacqueline MacInnes Wood).

Bold And The Beautiful Spoilers: Liam Spencer Will Reunite With Steffy Forrester

Having Liam reunite with Steffy seems like the obvious choice because the love triangle is the central focus of the show.

However, don’t be surprised if the writers throw a swerve.

Liam and Sally are good friends. He was a huge supporter of her when his father Bill Spencer (Don Diamont) tried to ruin her fashion business. The two had a flirty relationship and shared a kiss when they were trapped in the rubble.

B&B Spoilers: Liam Spencer And Steffy Forrester Hook Up, Could It Happen?

However, their relationship never went any further and they both moved on. But now a potential Liam and Sally romance could be back in the plans.

Liam has always been a friend to Sally and with her being heartbroken over her split with Wyatt, he’s going to comfort her. That comfort could lead to sparks flying and the two taking their friendship to the next level.

But is their an ulterior motive behind Sally hooking up with Liam?

Bold And The Beautiful Spoilers: Sally Spectra Has Done Some Suspicious Things

While Sally is a fan favorite and considered a nice person, she has done pulled some suspicious stunts in the past. She did steal designs from Forrester Creations to help get her company Spectra Fashions off the ground.

Xander bursts in on Liam and Hope and demands to speak to them alone before they sign anything. WATCH FULL EPISODE: https://t.co/0dJMoUOSvz #BoldandBeautiful pic.twitter.com/IuYG9uGLhs

Sally’s romance with Liam isn’t business related, it’s personal. She’s still nursing a broken heart over Wyatt and she’s upset that her ex has moved on so quickly. Sally will want to hurt Wyatt and the best way to get back at him is by seducing his brother.

Sally is definitely going to cause a lot of drama and tension by pursuing a romantic relationship with Liam. But the big question is, will her stunt help her win back Wyatt? Or is she destined to move on with Liam?