Bold And The Beautiful Weekly Spoilers For June 10-14: Liam Moves In With Steffy—Wyatt Has Questions—Thomas Struggles With Flo’s Confession 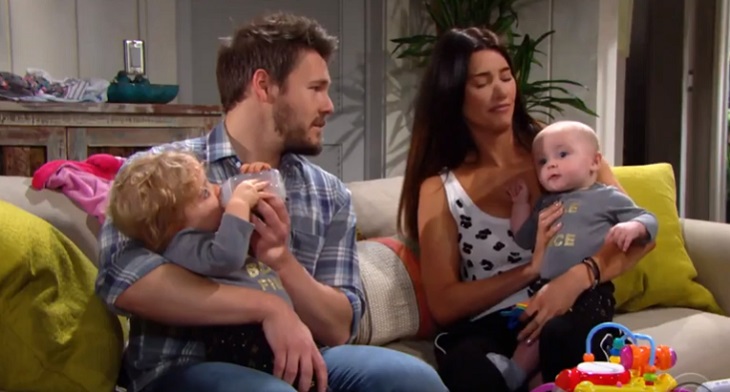 The Bold and the Beautiful (B&B) spoilers for the week of June 10 tease the baby secret is on the verge of being revealed to all. However, according to EP Brad Bell it’ll be a few weeks before the big Beth reveal. Until then, slowly, more people will find out about shocking baby swap. Here’s what to expect next week on B&B.

As many B&B fans expected, Liam Spencer (Scott Clifton) moved in with Steffy Forrester (Jaqueline MacInnes Wood) at the cliff house. She will think it is a good move for him to move with her and the girls, that way he can spend as much time as possible with their daughters. And, she will lend a listening ear while he tries to figure out a way to win Hope Logan (Annika Noelle) back.

You’d think Zoe Buckingham (Kiara Barnes) and Flo Fulton (Katrina Bowden) would learn not to talk about Beth, but they haven’t yet. During the week of June 10, Wyatt Fuller (Darin Brooks) will overhear the women talking about Beth.

Typical of Wyatt, B&B spoilers tease that he will barge in the room and demand answers from Flo. Of course, Flo will have some lie to cover up the fact that she helped Reese Buckingham (Wayne Brady) steal Hope’s baby.

It’s pretty much a guarantee that Wyatt won’t find out the truth yet. He would not stand for Flo having a role in Hope and Liam’s baby being stolen. He would want nothing to do with her and probably end up at Sally Spectra’s (Courtney Hope) first door begging for another chance with her.

Flo will confess to Thomas Forrester (Matthew Atkinson) that Beth Spencer is alive. At first, Thomas didn’t believe her. Then, he realized that she isn’t joking. He began to struggle with what to do.

Xander bursts in on Liam and Hope and demands to speak to them alone before they sign anything. WATCH FULL EPISODE: https://t.co/0dJMoUOSvz #BoldandBeautiful pic.twitter.com/IuYG9uGLhs

If he tells Hope, Steffy loses a daughter. If he keeps it to himself, Hope will never know her baby is alive. It is a lot to maul over. What will Thomas end up doing? The answer will shock the viewers.