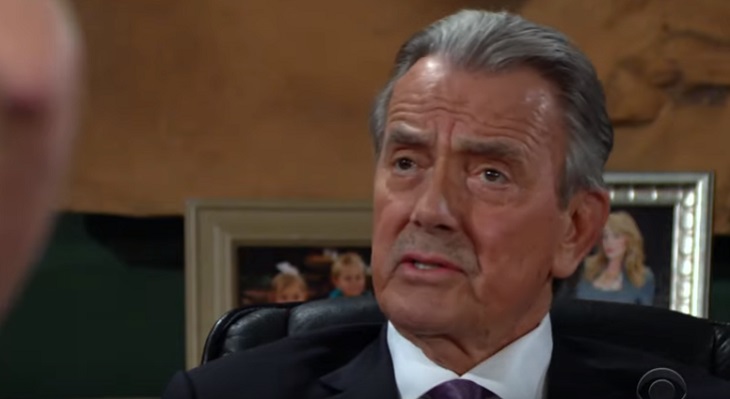 The Young and the Restless (Y&R) spoilers for the week of June 10 tease that Adam Newman (Mark Grossman) will have his work cut out for him as he looks for his new partner -in-crime Phyllis Abbott (Gina Tognoni). He runs into an old adversary Kevin Fisher (Greg Rikaart), who lets him know that he has “something” he is interested in,

Summer Newman (Hunter King) visits her mother’s hotel room, wanting to make amends after their fight after Victoria Newman’s (Amelia Heinle) recommitment ceremony. Her mother is no where to be found, but her purse and car keys are on the desk. Also Victor Newman (Eric Braeden) tells his doctor that he doesn’t want to tell his family about his illness because it’ll just worry them. Here’s what’s ahead on Y&R.

Young And The Restless Weekly Spoilers – Returns With A Bang

Most Y&R fans guessed that Chloe Mitchell (Elizabeth Hendrickson) was behind Phyllis’ kidnapping. And, they were mostly right. It was Kevin Fisher.

He decided to make a move to prevent her from working with Adam. Somehow Kevin figured out that Adam hired a investigator to track Chloe down. He doesn’t want the news getting out that she’s alive.

Kevin will pop in for a visit with Adam and let him know he has something he wants, but to get it, he has to do him a favor too. Will he ask him to not look for Chloe?

Young And The Restless Weekly Spoilers – Victor Is Really Sick

While the Mustache is busy trying to downplay his health crisis, his doctor urges him to tell his family. He thinks that his family needs to know what’s going on so they can give him the support he needs.

Victor refuses to worry anyone. He thinks it is manageable with treatment. He will tell them if things get worse.

After he’s exhausted all of his options, Nick Newman (Joshua Morrow) calls Chelsea Newman (Melissa Claire Egan) for help with Adam. He will explain that Adam is trying to take Christian from him.

Chelsea may not want to help, at first. She told Sharon Newman (Sharon Case) that she has a new life that she didn’t want to upset. This new life includes a new husband who has been a father to Connor, Adam’s son.

After some begging, Chelsea will head back to Genoa City to help with Adam. Will she bring her new husband? Or, is she even married again? Time will tell how it will all play out. Don’t forget to come back for more The Young and the Restless (Y&R) spoilers, news, and casting updates!