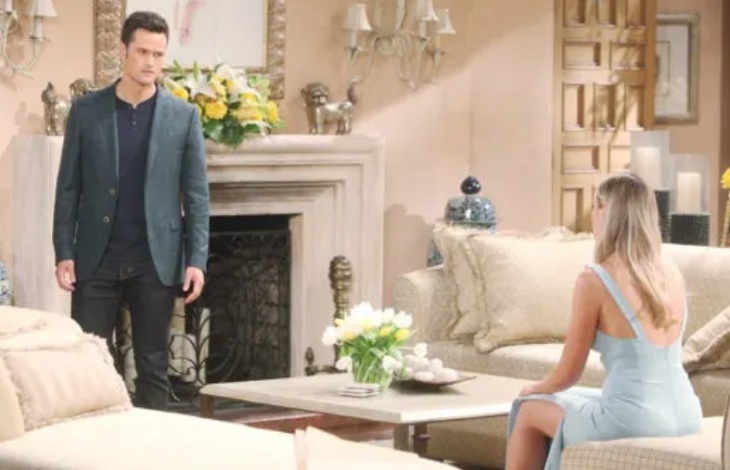 The Bold and the Beautiful spoilers documented Thomas Forrester’s (Matthew Atkinson) degradation into being the biggest bully on the show. He’s officially pushed Bill Spencer (Don Diamont) from his perch as B&B’s reigning villain.

It’s been quite clear that the Thomas character was recast because the writing staff, under the direction of executive producer Bradley Bell, decided to take Thomas dark. Now, in addition to manipulating the emotions of a poor soul who thinks she lost her child, Thomas is also threatening some of the people who know that Beth Spencer (Madeline Valdez and River Davidson) never died.

Sure, Thomas opened his eyes wide when Flo Fulton-Logan (Katrina Bowden) blurted out, via his verbal pressure, that Beth was alive. But other than that surprise reaction shot, Thomas does not intend to tell Hope Logan (Annika Noelle) and tell her that Phoebe Forrester is actually Beth. That surely doesn’t represent love, but further affirmation of him being mentally off-balance.

Bold And The Beautiful Spoilers – His Latest Devious Step

Flo and Zoe Buckingham (Kiara Barnes) expect Thomas to expose this horrible lie, which would put them both in serious jeopardy. But that’s not what he wants to do.

Becoming the sixth person to know that Phoebe is Beth, Thomas will threaten to both ladies to remain silent. This latest devious step will further, rather than end, what has already been a tumultuous, heavy arc.

While he’d behaved in inappropriate ways in the past, Pierson Fode’s (Thomas) version of this character left for New York last year with Caroline Spencer (Linsey Godfrey) and their son, Douglas Forrester (as now played by great child actor, Henry Joseph Samiri).

B&B and Y&R have often shared talent in the past, sometimes having characters go back and forth between both shows. Crossover fans of B&B’s parent show, The Young and the Restless, recall that Atkinson played a somewhat similarly troubled character, Austin Travers, from 2014 to 2015.

Atkinson’s portrayal of the recast Thomas is scoring strong points. Based on the character’s backstory within the last year-plus, it’s believable to see his mind bend. The actor’s range allows Thomas’ self-centered meanness, which is driven by his attempt to seize control of life, to scream over his vulnerability.

Caroline’s unexpected sudden death created a situation that Thomas hasn’t been able to handle in a healthy manner. Instead of returning to Los Angeles, California, and being heartened by his family and friends, he’s exploiting the grief the Hope, Liam Spencer (Scott Clifton), and Douglas are experiencing.

In order to further his plan to make Hope Douglas’ replacement mother and his eventual wife, Thomas has also sunk to making coarse threats. B&B’s newest monster will surely be revealed whenever the Phoebe-is-Beth news fully drops. But until then, Atkinson will continue playing the heavy.