Coronation Street Spoilers: Sarah Stands Up To Nick – David On A Desperate Search To Find Natalie 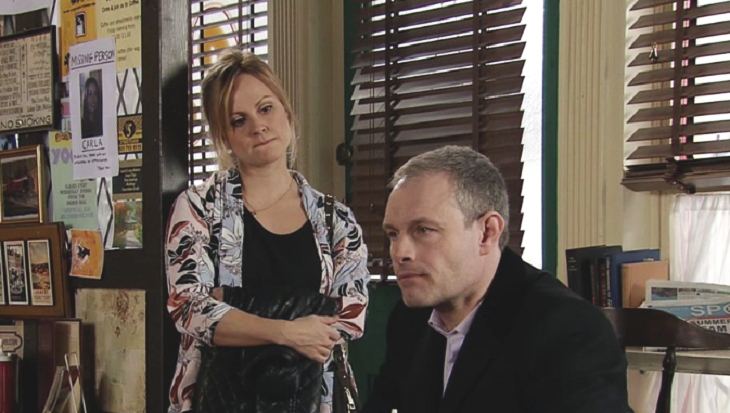 Unfortunately, Sarah won’t have much of a say about it. Also, Yasmeen (Shelley King) has some plans that she wants to share about pulling out of syndicate. However, she will end up infuriating Sally (Sally Dynevor).

It begins with Nick telling Sarah that he wants control of the factory, much to her surprise. Nick wants to claim what he thinks is his, but little does he know that Sarah is about to put up a fight.

Coronation Street Spoilers: Will Norris Change His Mind About Leaving?

Coronation Street Spoilers – Sarah Platt Is Not A Doormat

She doesn’t like being treated like a doormat. Also, Yasmeen’s decision to pull out of syndicate will infuriate Sally, leading to a heated argument between the two ladies. Sally will also reveal that she sold the horse.

David Platt (Jack P. Shepard) and Shona Ramsey (Julia Goulding) will search for Natalie Watkins (Cassie Bradley) after finding her address. David is doing whatever he can to find Natalie, as he desperately wants to avoid going to prison.

However, Shona is furious and thinks that David and Natalie were having an affair behind her back. But what Shona doesn’t know is that David is trying to contact Natalie for help in his court case.

Elsewhere, Michelle Connor (Kym Marsh) is going to have a hot and steamy romance with a newcomer by the name of Michael Bailey (Ryan Russell). And while sparks are definitely going to fly between them, it won’t last forever.

That’s because Michelle will soon find out that the young lad still lives with his parents, which for her is a definite turn off. Michelle decides to ditch Michael and will end up telling Robert Preston (Tristan Gemmill) her true feelings for him.

Leanne forms a plan and tells Nick that they need to get Natalie on board before David does.

Will Nick find a way to take control of the situation?#Corrie pic.twitter.com/SMFIRTocKW

And while Robert seems to reciprocate Michelle’s feelings, she will feel confused by his actions. One moment Robert says he loves her but the next moment he needs to take off because he is meeting a mysterious person without providing any details. Of course, fans will have to tune in to find out what will happen next!