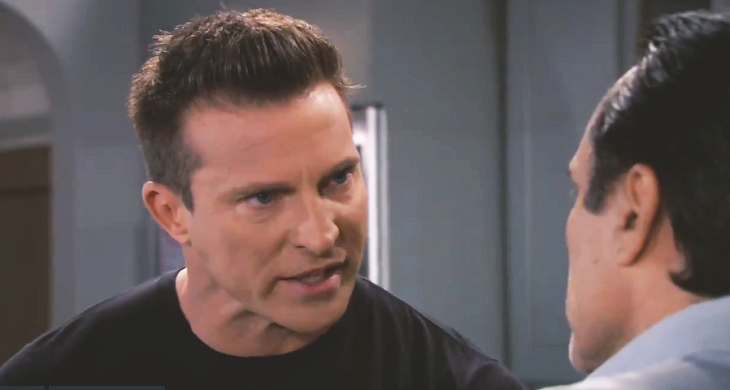 Chase will hate to tell Willow this, but there’s just no avoiding it. Shiloh Archer (Coby Ryan McLaughlin) has escaped justice once again, so Chase will give Willow updates.

Willow will naturally be terrified and disappointed, but she suspected this would happen all along. Now that Shiloh is a free man again, Willow will be even more concerned about what the future holds for “Wiley Cooper-Jones.” Across town, Jason Morgan’s (Steve Burton) rage will be dialed up a notch. He’ll feel like Shiloh should face a deadly fate – and the sooner, the better!

Jason will tell Sonny Corinthos (Maurice Benard) that he just wants to do it and get it done. He’ll be fed up with waiting on the legal system, but Sonny may think they need to play it cool and proceed carefully. No matter how they choose to move forward, they won’t want to go down for their tactics.

Kristina Corinthos (Lexi Ainsworth) will pay her father another visit and remind him that she has to stand on her own. She’s grateful for everything Sonny and the others have done for her, but she won’t want deadly action taken against Shiloh. Kristina will hope the cops can make some charges stick eventually, but it’ll be tough for Jason and Sonny to wait.

Alexis Davis (Nancy Lee Grahn) will have some worries in Tuesday’s GH episode as well. She’ll talk to Dr. Neil Byrne (Joe Flanigan), who’ll wonder what Alexis is going to do. Neil may have some pointers on how to handle the latest Shiloh drama with Kristina, but neither one of them can control Sonny or Jason. They’ll just have to sit back and watch the potential chaos unfold!

Meanwhile, “General Hospital” spoilers state that Shiloh will get in Sam McCall’s (Kelly Monaco) face and taunt her about his freedom. Sam will be uneasy thanks to this encounter, but she won’t let it show. Instead, Sam will fire back at Shiloh and wonder what else he could possibly have to say to her. She’ll push Shiloh to back off, but he’ll want to make it clear that he’s untouchable first.

Other “General Hospital” spoilers reveal that Maxie Jones (Kirsten Storms) will grow closer to Peter August (Wes Ramsey). He’ll open up about his struggles with love, but Maxie will contend that it’s not something you give up on. Peter will feel like Maxie’s the only one who’s ever taught him what love really is, so this relationship will keep moving right along.

It sounds like some great scenes are coming up. We’ll keep you posted as other details and rumors emerge. Stay tuned to ABC’s GH and don’t forget to check Hollywood Hiccups often for the latest “General Hospital” spoilers, rumors, updates and news.