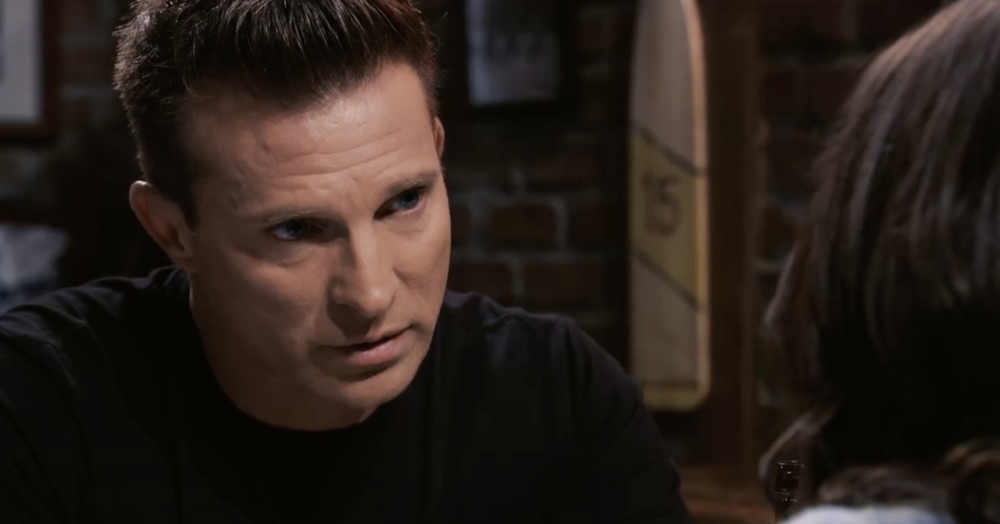 In the new weekly General Hospital promo, GH Head Nurse Epiphany Johnson (Sonya Eddy) talks to who appears to be Laura Webber (Genie Francis) in the halls of GH. She says “plenty of bad things happen in these halls every day, but there is always something good waiting right around the corner”. Maybe she’s talking about Ryan Chamberlain (Jon Lindstrom) and the good thing is he’ll NOT be waiting around any corners anymore!

Sonny Corinthos (Maurice Benard) assures his daughter Kristina Corinthos-Davis (Lexi Ainsworth), who sounds like her exit therapy from the Dawn of Day has worked well, that he will always have her back and she thanks him for rescuing her out of that mess and giving her life back to her. Jason Morgan (Steve Burton) assures Sam McCall (Kelly Monaco) that she won’t have to worry about Shiloh Archer (Coby Ryan McLaughlin) anymore.

Maxie Jones (Kirsten Storms) and Peter August (Wes Ramsey)’s relationship escalates as he tells her she’s teaching him about love, and she responds that love is her thing.

Over at Crimson, Jasper Jacks (Ingo Rademacher) is irate and reams out Nina Reeves (Michelle Stafford) with Ava Jerome (Maura West) standing in the Crimson office hearing and seeing every word out of his mouth, as he wants to know if Crimson’s readers will want to know what Ava’s body count is.

Meanwhile, over at Pentonville Prison infirmary, Ryan has a rude awakening, completely enclosed in a thick vinyl mummy type bag. Dr. Hamilton Finn (Michael Easton) stands close to an IV with its line emerging from the bag, and Detective Valerie Spencer (Paulina Bugembe) is standing close also. Ryan wants to know where he is, and Valerie tells him – Pentonville Prison Infirmary, where he’ll spend the rest of his life!

Back at General Hospital, Carly Corinthos (Laura Wright) gets some disturbing news about her baby, as her OBGYN advises her that the tests she just took may indicate a risk. Of course, Carly won’t hear the word “may” and she’ll assume the worst.

Meanwhile, Julian Jerome (William DeVry), Sonny, and Jason, as well as others in Port Charles want a piece of Shiloh as Julian, Sonny and Jason appear to band together to eliminate the problem of Shiloh entirely! 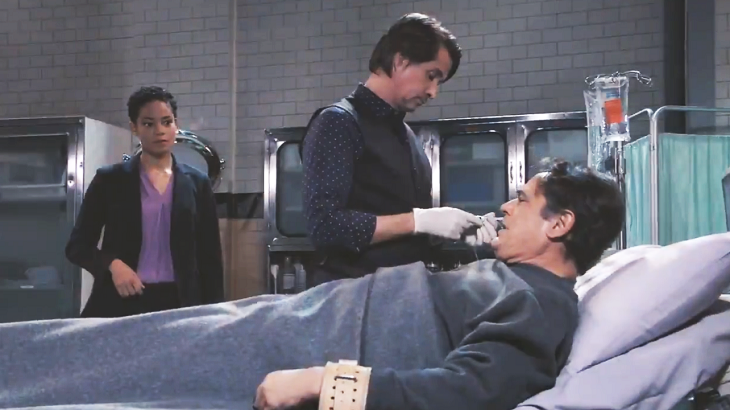