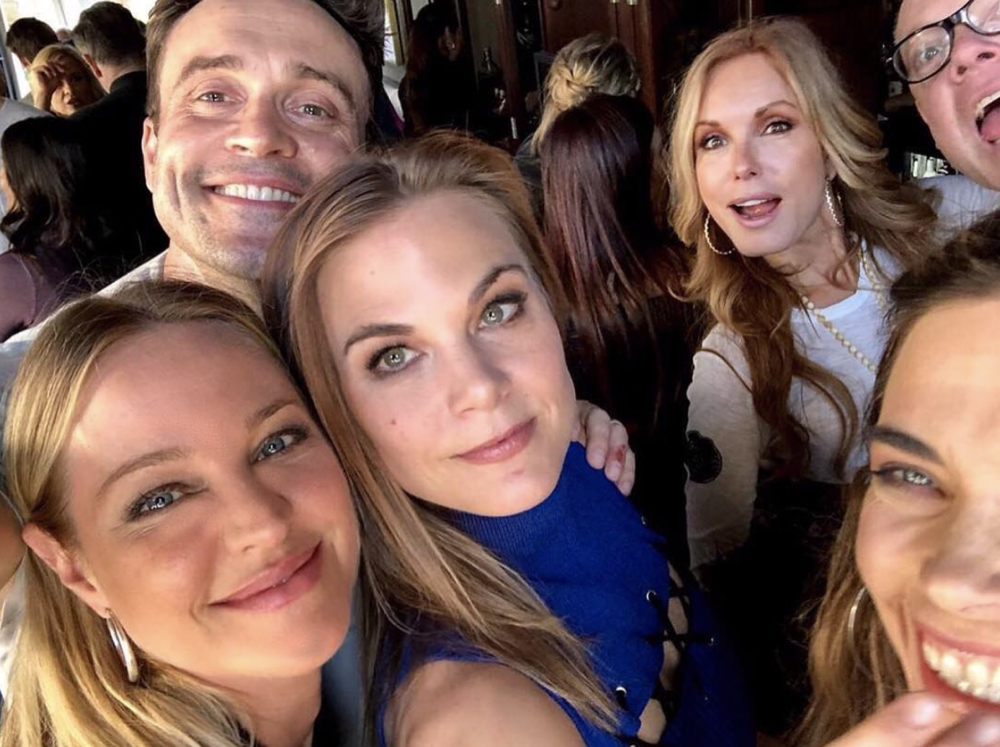 Gina Tognoni’s final scenes on “The Young and The Restless” as Phyllis Summers was aired last Friday, June 7. Fans were not the only ones who were saddened by the news of her departure. Tognoni’s onscreen nemesis, Sharon Case, who plays Sharon Newman, wrote a touching farewell letter for her.

The letter starts with, “Decades ago I knew you only from watching you on Daytime. You were always one of the ‘Queens’ back then when I was just trying to make my way into this genre. We met once briefly at Radio City and you were always ‘the one to try to beat’ at the Emmys! Well, you always took the trophy and rightly so…even to this day! When I learned that I’d be working with you on YR I was…! This became a lovely friendship and working relationship of my tenure at YR!!.”

Case ended the letter saying, “You touched my soul…you respect others and your craft, you are a complex artist and I learned so much from you. I don’t know how to say goodbye. I can only reverently say, Bravo!!”

Tognoni took the time to thank everyone after her stint at “The Young and The Restless” finally ended. She shared some photos and videos of her last days on set including the footage when the cast and crew of the show clapped their hands after they yelled cut.

Her on-screen partner, Jason Thompson, who played Billy Abbott, was on a day-off during Tognoni’s last day, but he still went to the studio to say goodbye to his costar and friend.

She even shared photos of Thompson with a caption, “BTW@myjasonthompson showed up with his babies and beautiful wife for my last scene… on his day off!! Incredible human incredible, cast and crew,” Tognoni said. Thompson quickly offered an absolutely perfect reply. “It was you that always showed up.”

She was indeed, moved by all the support and love that she’s received from her fans and all those whom she had the opportunity to work with. In her Instagram post, she said, “That’s a wrap!! Just after today’s scene. I am so grateful for everyone who took the journey with My Phyllis…see you soon (More photos to come).”

That’s a wrap!! Just after today’s scene .I am so grateful for everyone who took the journey with My Phyllis ❤️ see you soon (More photos to come)