Young And The Restless Last Week In Review: Adam And Phyllis Team Up – Kyle Wants A Life Of Servitude To Lola 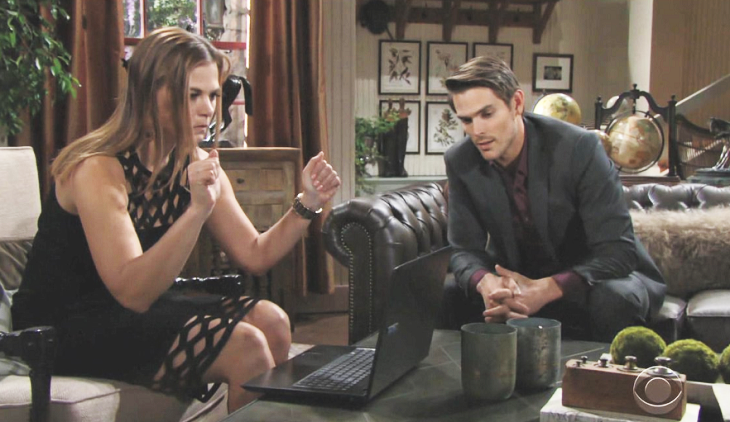 Last week on The Young And The Restless (Y&R) viewers found out the great Victor Newman (Eric Braeden) has been suffering a serious health crisis. We knew something was wrong but as it turned out it was a deadly blood disease.

Abby Newman (Melissa Ordway) complained that she’s always the last Newman sibling to know anything. So, when she thought she had a scoop on her father’s health, via Nate Hastings (Sean Dominic), she jumped on it.

Abby asked Nikki Newman (Melody Thomas Scott) to find out the details. Victor admitted his condition to Nikki, but made her promise not to tell anyone else. She told Abby everything was fine, and the youngest Newman sibling was left in the dark, as usual.

Meanwhile, Adam Newman (Mark Grossman) was busy manipulating whoever he ran into and he nearly literally ran into Phyllis Summers (Gina Tognoni) on Y&R this week. When she got out of her car and he saw how drunk she was, he invited her into the tack house. Adam then suggested they team up to seek revenge on the Newmans.

The next day, when the pair showed up, uninvited, at Victoria Newman (Amelia Heinle) and Billy Abbott’s (Jason Thompson) recommitment ceremony, chaos ensued on Y&R. And unfortunately for Phyllis, as if she wasn’t already in the doghouse with Nick Newman (Joshua Morrow), he was angered even further when she appeared on Adam’s arm.

So, Phyllis did what Phyllis always does and made things even worse. She hacked into Nick’s Dark Horse website and found out he was in the red for $27 million. So of course, Adam bought up that debt and proceeded to flaunt it to Nick. He told him he would give him the $27 million in exchange for his son Christian Newman (Jude and Ozzy McGuigen). For her part in the shady deal, Phyllis got a cool $2.5 million, but she also ended up being kidnapped by Kevin Fisher (Greg Rikaart).

Young And The Restless Spoilers – Kyle Abbott A Whipped Dog

Finally, there’s Kyle Abbott (Micheael Mealor). Kyle used to be a ruthless businessman, at times he’s even been a worthy adversary to not only his father, but to Victor himself. But now, he acts like a whipped dog when he’s around Lola Rosales (Sasha Calle). And last week on Y&R, he proposed to her! Is Kyle really going to subject himself to a life of Lola servitude?

Why he didn’t stay with Summer Newman (Hunter King) is anyone’s guess. She gets him and he acts like himself when he’s with her. Summer seems to be moving on with Theo Vanderway (Tyler Johnson), although it’s unlikely to last. One thing it may do though is make Kyle jealous. Fingers crossed!

Do you think Kyle proposed to Lola too quickly? And how long do you think Kevin will keep Phyllis locked up? Let us know in our comments section.