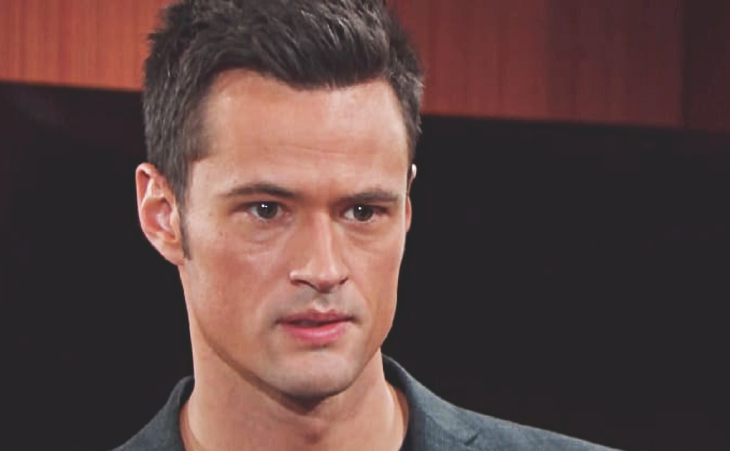 “The Bold and the Beautiful” (BB) recap for Tuesday, June 11, 2019 reveals that over at the Forrester estate, Flo Fulton (Katrina Bowden) apologizes to an angry Thomas Forrester (Matthew Atkinson). Thomas points out that a man stole a baby and passed it off as hers. Flo cries and says she should have never let Dr. Reese Buckingham (Wayne Brady) manipulate her but he was a friend.

Thomas wonders what type of friend would ask that of someone. Flo says she is not trying to making excuses for herself and knows she should have told. Thomas is upset that Steffy Forrester Spencer (Jacqueline Wood) will lose a baby that she has come to love so much. Flo wonders what Thomas is going to do.

Thomas says it has been hell for him to watch Hope Logan Spencer (Annika Noelle) go through this pain and he could give her the most incredible news. Flo questions if Thomas is going to tell Hope the truth. Flo says she hates herself for keeping quiet. Flo points out if Thomas tells Hope the truth she will get back with Liam Spencer (Scott Clifton). Thomas realizes that but he thinks the secret has to come out. Thomas then says he has to tell Hope.

Bold And The Beautiful Spoilers – Liam Spencer Agrees To Move In

At the cliff house, B&B’s Steffy Forrester Spencer and Liam Spencer play with the babies. Steffy thanks Liam for his help and he says it is the stuff he lives for. Liam says he will always be around to help. Steffy thinks Phoebe’s first words will be, “Cha Cha Cha.” Liam says how about, “Mama?” Steffy agrees that would be good too. Liam says he feels like he is Phoebe’s dad.

A truth bomb could lead to disaster on #BoldandBeautiful. 💣 Tune in this week to find out what happens! pic.twitter.com/YVuKqQCspi

They both freak out when they think Phoebe says, “Dada.” Liam and Steffy lay the babies down. Steffy asks Liam if he had another reason for coming by and says she is pretty good at reading him. Liam reveals that he and Hope Logan Spencer signed the annulment papers. Liam says he realized he had to give Hope what she needs. Steffy asks Liam where he is staying and offers him her guestroom. Liam agrees to move in. Liam goes to check on Phoebe.

At Forrester Creations, B&B’s Xander Avant (Adian Bradley) and Zoe Buckingham (Kiara Barnes) go back and forth about the truth coming out. Zoe wonders if Xander doesn’t care at all about her dad being in trouble as she cries. Xander tells her he had no right messing with people’s lives. Xander says the truth should’ve came out as soon as Zoe found out and wants her to think about Liam Spencer, Hope Logan Spencer, and Steffy Forrester Spencer.

Bold And The Beautiful Spoilers – Zoe Buckingham Is Angry

Xander points out Liam and Hope wouldn’t be signing annulment papers if they knew the truth and they owe them the truth. Zoe counters back that Phoebe is in a loving home and has a great woman taking care of her and thats what she knows now. Zoe wants Xander to forget he knows anything but he says he can not.

Back over at the Forrester estate, B&B’s Xander Avant and Zoe Buckingham arrive and chat with Flo Fulton about the secret. Flo reveals that Thomas Forrester knows the truth. Xander feels bad because he mentioned Flo’s name to Thomas. Zoe is angry that Flo told Thomas. Flo then tells them that Thomas left and said he had to tell the truth.

The Bold and the Beautiful Rumor: Thomas Will Be Killed Off – Cruel Lies and Manipulation Catch Up With Him

B&B’s Thomas Forrester arrives at Steffy Forrester Spencer’s and he is rattled. He tells Steffy there is something he needs to tell her about the night in Catalina and that he loves her and needs her to know the truth and what he has to say will change her life forever. And that’s a wrap. Don’t forget to check often with Hollywood Hiccups for all your soap needs.