Days Of Our Lives Spoilers: Ciara And Ben Play Detective To Prove Claire Set The Fires 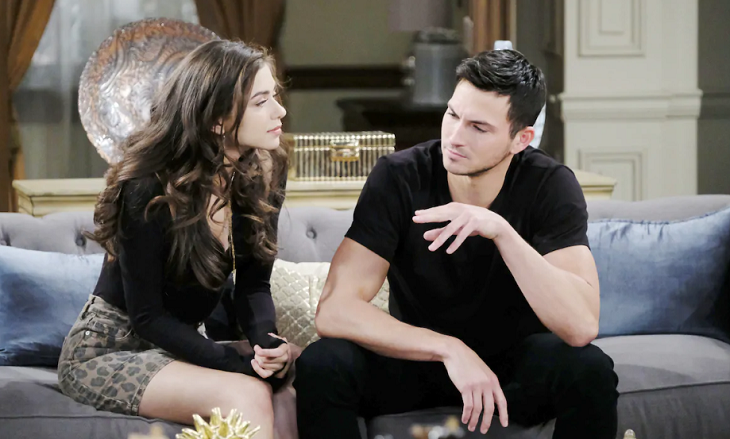 Days of Our Lives spoilers tease that Ciara Brady (Victoria Konefal) and Ben Weston (Robert Scott Wilson) will conspire against Claire Brady (Olivia Rose Keegan) to bring out the truth of who started the fires that trapped Ciara herself in one cabin and Tripp Dalton (Lucas Adams) and Haley Chen (Thia Megia) in another! Ben has now been accused of both fires and the couple will need to prove Claire is guilty to exonerate him.

As Days of Our Lives viewers already know, Eve Deveraux (Kassie DePaiva) swore to “prove” Ben started the first fire with Ciara in it as revenge for his killing her daughter Paige Larson (True O’Brien) as the Necktie Killer and Claire is helping her do it.

Claire wants this new fire pinned on Ben, not only to keep herself out of trouble but she just wants Ben put away so she can pin everything she’s done fire-wise on him.

Days Of Our Lives Spoilers – Claire Brady Manipulated It All

That way Claire doesn’t have to worry about Ben trying to prove her guilt and Eve gets her revenge. Claire hasn’t solved her Tripp problems by a long ways, but now that he is in jail for marrying Haley in a fraudulent green card wedding, she doesn’t have him anyway so she may as well just move on.

Claire manipulated everything by holding onto the lighter she started the first fire with and both Ben and Tripp saw the lighter. Although Ben couldn’t swear to the fact that it was his; he said it looked similar.

However, in recent promo pictures, it shows Ben used a cloth when picking up the lighter, so if his fingerprints aren’t on it the Salem PD won’t legally be able to hold him for very long and he may be released quickly.

Days Of Our Lives Spoilers – Can Ben Weston Clear His Name?

Ted Laurent (Gilles Marini) is still acting District Attorney, and even he won’t prosecute with such flimsy evidence. If Ben is free, at least for the time being, or at least out on bail, which his boss Stefan DiMera (Brandon Barash) might be willing to come up with, he and Ciara will be able to do their detective work together.

Hopefully, they and get to the bottom of both fires together and after all that happens, Ben will finally have a chance to clear his name, at least where the two fires are concerned.