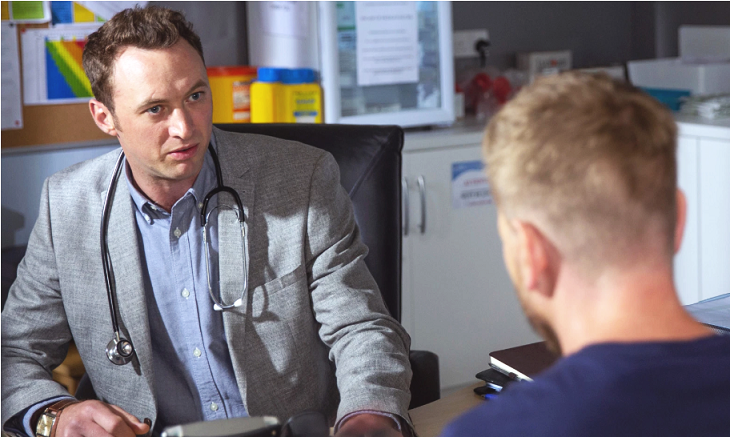 Liam Cavanagh (Johnny McPherson) has recently been in the spotlight after Bernice Blackstock (Samantha Giles) decided to dig into his past. Fans believe that “Emmerdale” is lining up a shocking twist involving Liam and his wife Lara as his new girlfriend Bernice investigates her lover’s history.

Will she end up discovering that Liam’s wife isn’t dead after all? Is he hiding a terrible secret and that’s why he doesn’t want her to be asking too many questions about his past?

Viewers of the soap have a lot of things to say as they try to solve the ongoing Liam Cavanaugh mystery. They think Lara, who was never seen on-screen, is alive. Since Liam appeared in town in 2014, all that fans knew about him is that he moved with Leanna Cavanagh (Mimi Slinger), his daughter with his first wife, who was said to have died due to an unknown circumstance.

He also first arrived at the village with his now ex-wife Maya Stepney (Louisa Clein), who was brutally attacked recently. Given that tragic incident, some fans think that it may have been Lara who brutalized Maya.

Bernice is happy with her blossoming relationship with Liam. However, she starts to suspect that he is hiding a dark secret. Viewers may recall that his daughter Leann has been stirring up trouble in the village and his ex-wife Maya was discovered to be a child sex abuser. With his troubled family members and being elusive when asked about Lara, it’s easy for Bernice to become suspicious that he’s hiding something about his dead first wife.

When she started to ask questions, Liam did open up to her and say: “Look, I’ve spent my entire life advising people who have lost a loved one to talk – that’s my professional line.

“If they can’t speak to family or friends then speak to a GP. After Lara died I couldn’t face it, couldn’t even say her name. I avoided confronting it, left Leanna to deal with it. I’m so ashamed of myself. And then bounced headlong into my relationship with Maya as a way of escaping difficult conversations and memories.”

NEXT WEEK'S SPOILER PICS ARE UP! Check them out: https://t.co/xRAQMvQPLW #Emmerdale pic.twitter.com/c136pnvLe8

The increase in mentions about Liam’s wife in the ITV soap, has led some fans to conclude that Lara might make a shocking return. One took to Twitter and said, “Liam supposed dead wife I think she still alive !! #Emmerdale” while another one said, “Liam is too defensive, he obviously hiding something about he wife #Emmerdale.”

Then a third one chimed in and suggested, “I wonder if it’s Liam’s “dead” wife who brutalised Maya. #Emmerdale.”