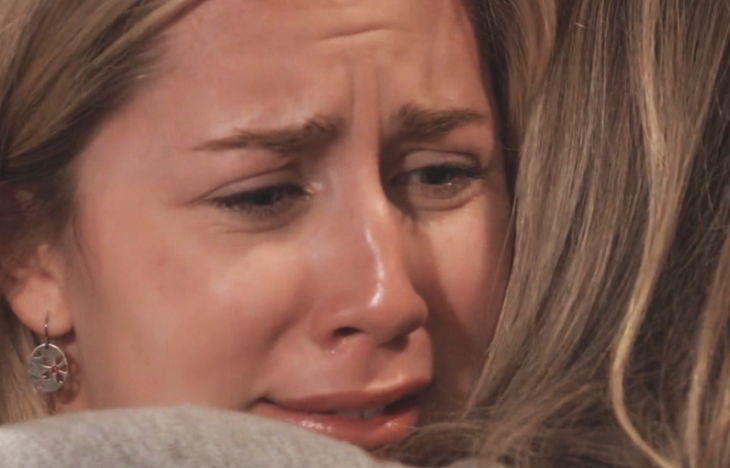 General Hospital spoilers tease that Josslyn Jacks (Eden McCoy) will continue to have a hard time and struggle with the loss of her late boyfriend and soulmate Oscar Nero Quartermaine (Garren Lake Stitt) on Wednesday’s episode of General Hospital.

It is highly doubtful that Joss took her father, Jasper Jacks (Ingo Rademacher) up on the surfing trip. Joss may have planned to teach Oscar how to surf, and so the surfing trip would only serve as a reminder of Oscar’s death and make things worse.

Chances are though Oscar already knew anyway, having moved to Port Charles from California. Still, surfing together may have been on the bucket list that Oscar was not able to complete.

Josslyn was reading a book to him and fell asleep, while he did as well, but to a sleep he never woke up from. Joss knows she shouldn’t blame herself for falling asleep that night, but she may be.

She may be thinking if only she hadn’t have fallen asleep, she would have noticed Oscar falling unconscious and thinks if she had, she could have called for help and he could have lived a little bit longer. But it was Oscar’s “time to go” and there would have been nothing she could have done to prolong his life. Once she realizes that at least the blame game will be over!

General Hospital Spoilers – One Never Gets Over First Love

There is a saying that one never gets over their first love, and that certainly might be true in Josslyn’s case. When Ava Jerome (Maura West) came looking for Avery Corinthos (Ava and Grace Scarola) and she was on an outing with Joss, she could have been wondering what it would have been like if Oscar had lived. She may have also wondered if if they had gotten married and had a little girl and what she would look like, and if she would have been more like Josslyn or more like Oscar.

Josslyn and Oscar's bridge excursion takes a scary turn. Can they reach help before it's too late? A thrilling, new #GH starts RIGHT NOW on ABC! pic.twitter.com/9DxL6nOaJf

It is likely to be a while before Joss is able to move on from Oscar, but she certainly will never forget him, and neither will General Hospital viewers. Stay tuned to General Hospital and keep checking General Hospital spoilers frequently for all the latest news, updates and developments!