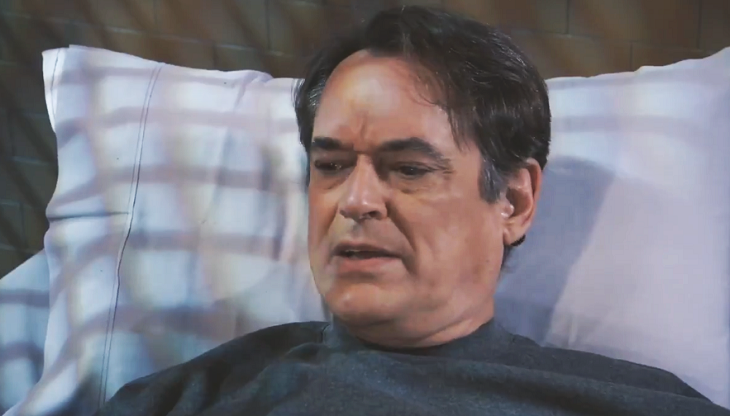 “General Hospital” spoilers for Wednesday, June 12, tease that Josslyn Jacks (Eden McCoy) will support from someone who cares. GH fans know Joss has been struggling to cope with Oscar Nero Quartermaine’s (Garren Stitt) death. Her struggles will continue on Wednesday, but Maxie Jones (Kirsten Storms) will notice and want to help.

Maxie will make sure Josslyn knows she has someone to talk to. Joss may find it difficult to put her feelings into words, but Maxie will be there if she decides to try. Over with Nina Reeves (Michelle Stafford), her cover girl pitch will bring conflict. Nina wants Ava Jerome (Maura West) to be featured on the September issue, but Jasper “Jax” Jacks (Ingo Rademacher) will point out all the problems with that.

People can certainly sympathize with Ava over everything that happened with Ryan Chamberlain (Jon Lindstrom). The man pretended to be his twin brother, killed Ava’s daughter and slept with her to secure an alibi! However, Jax won’t think that’s enough to overcome Ava’s own deadly past. He’ll wonder how she’s going to answer the tough questions, but it doesn’t look like Ava will have to.

“General Hospital” spoilers say Ava will choose to cut and run. It seems Ava may walk away before this gig brings any more drama. Next, Jordan Ashford (Briana Nicole Henry) will demand to know what’s going on.

She’ll be out of bed in her hospital gown, but she’ll still manage to be fierce! Curtis Ashford (Donnell Turner), Stella Henry (Vernee Watson) and Dr. Kevin Collins (Jon Lindstrom) will all find themselves on the hot seat.

Meanwhile, Ryan Chamberlain (Jon Lindstrom) will wake up and wonder where he is. He won’t be pleased to find out he’s in Pentonville with one less kidney.

Dr. Hamilton Finn (Michael Easton) and Valerie Spencer (Paulina Bugembe) will make it clear that Ryan’s right where he belongs. He apparently got played with a little twin switcheroo, but at least Jordan got the lifesaving donation she needed. Ryan deserved to get duped after all the chaos he caused anyway!

On their trip, Drew Cain (Billy Miller) and Dr. Kim Nero (Tamara Braun) will continue to bond. Unfortunately, there’ll be a bit of a scare that connects them this time around. Kim will suggest that she’s a little out of it as she falls back into a stunned Drew’s arms.

Kim thought she was ready for this, West Coast. But Oscar's death is hitting hard, now that she and Drew are in Kilimanjaro's shadow.
Tune into a brand-new #GH – STARTING NOW on ABC! @TamaraBraun pic.twitter.com/WjngDfKQJu

“General Hospital” spoilers say Drew will take care of Kim and try to lift her spirits as well. He can’t heal her broken heart, but he can let her know she’s got someone in her corner.