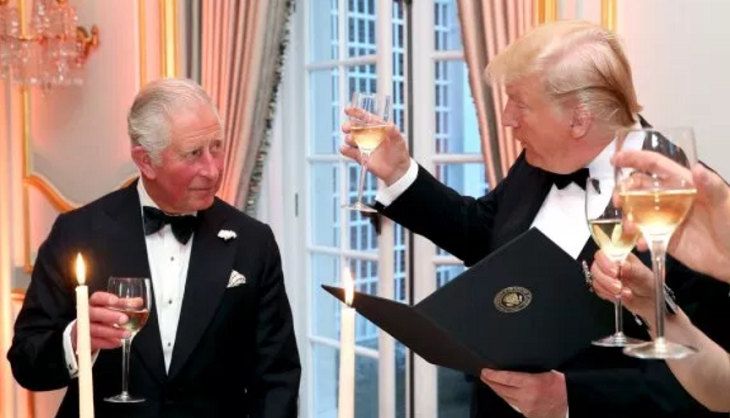 During the last several days that President Donald Trump was in London with his family, Prince Harry made it pretty clear that he wasn’t very keen on meeting him at all. As a matter of fact, Meghan Markle’s husband looked visibly annoyed while Ivanka Trump tried to spark a conversation with him while touring Buckingham Palace.

If that weren’t enough, Prince Harry was a no show during the state banquet dinner later that night, even though all of the prominent and high-ranking members of the royal family were there.

And while Meghan Markle has an excuse to stay home (she is currently on maternity leave with her son Archie Harrison), a lot of royal observers believe that Prince Harry could learn a thing or two from his father Prince Charles about meeting with people that they don’t necessarily like or agree with.

Wishing a very Happy 98th Birthday to His Royal Highness The Duke of Edinburgh! #HappyBirthdayHRH pic.twitter.com/4555cJPCxk

Prince Charles Was Cordial To Donald And Melania Trump

According to The Spectator, Prince Charles has been nothing but cordial towards Donald Trump, Melania Trump and the rest of his family during their stay in London.

Apparently, Charles saw Trump’s visit as an opportunity to influence the controversial President’s outlook through some friendly dialogue. And he used it with good charm and good manners.

Believe it or not, Trump even had some very kind words to say about Prince Charles. He said this during a press conference: “What [Charles] really wants and what he feels strongly about is the future. He wants the best climate for the future.

Despite Any Differences, A Royal Can Help Influence An Ally

“He wants a good climate and not a disaster…He wants to have a world that’s good for future generations and I do, too. He’s Prince Charles, he doesn’t have to worry about future generations unless he’s a very good person who cares about people, and that’s what impressed me, maybe the most.”

With that said, if there’s anything that Prince Harry can learn from his father, it’s that his influence as a royal can help build a working relationship with an important ally, despite what their political views may be.

For Prince Charles and the rest of the royal family, it’s all about using the right amount of soft power and diplomacy. Do you agree?