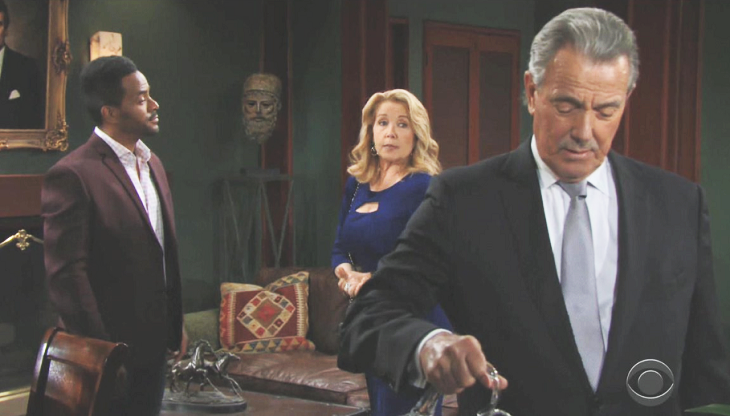 The Young and the Restless spoilers indicate that Victor Newman’s (Eric Braeden) health problems have led to speculation about the fate of the character and his portrayer.

For the past week, Victor has been secretly meeting with Dr. Nate Hastings (Sean Dominic). Based on their interactions, it’s obvious Victor has some mysterious health problem that he’s keeping from his family.

Victor has faced a lot of health issues in the past, but this recent crisis could signify the end of the character, along with Eric Braeden’s retirement.

Young And The Restless Spoilers – Braeden An Iconic Actor

Eric Braeden is one of the most iconic actors in the soap opera world. For 39 years, he has portrayed the legendary character Victor Newman. Whether he was a ruthless businessman or a caring family man, Victor Newman is a character that grabbed the attention of Y&R viewers.

Braeden has won awards for his work on the CBS soap opera and he’s become very vocal about the politics that go on behind the scenes at the show.

Last year, his character Victor was hardly featured on the show and Braeden blamed Mal Young for trying to push veteran characters off the soap opera. Now, Victor is being featured in a prominent storyline, one that could alter his future with the soap opera.

Young And The Restless Spoilers – Is He Leaving The Soap?

This wouldn’t be the first time that Y&R fans were worried about the fate of Victor Newman or actor Eric Braeden. Years ago rumors swirled that Eric Braeden was retiring due to him taking time off. However, the actor quickly debunked the rumors.

Now, the rumors about Eric Braeden’s future with the show are swirling again.

Braeden is 78 years-old and the actor is in good health. We’ve seen plenty of soap opera stars continue to act until the age of 90. Braeden could continue to act if he wants to, but given the state of the CBS soap opera, speculation is that the actor could be leaving or the show may kill off his character.

There’s no official word on Eric Braeden’s plans or how the storyline will play out for Victor. But there’s no denying that Victor Newman is an integral part of the show, and the show won’t be the same without him.