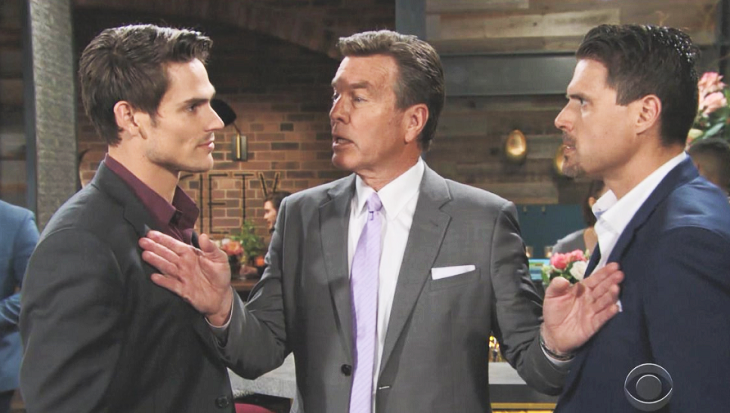 The Young and the Restless (Y&R) spoilers tease that Adam Newman (Mark Grossman) bought out one of his brother Nick Newman’s (Joshua Morrow) debts, which gave him control over Dark Horse. It was a ploy to force Nick to hand over custody of Christian in exchange for the company. However, Nick refuses to cave on either and he decides to fight back.

“Nick has worked very hard to launch Dark House and is proud of everything he has accomplished in a short time,” head writer Josh Griffith explains. “At the same time, the last thing Nick wants to do is to owe Adam anything. This will force him to make some hard decisions about his future and his family.”

The first thing Nick wants to do is to save Dark Horse. He realizes that to do that, he needs some money to buy his company back. Y&R spoilers tease that Nick visits Jack Abbott (Peter Bergman) to ask for a loan to fight back against Adam.

Nick isn’t embarrassed to ask Jack for a loan because he sees it as a business transaction. He’s hoping Jack will be willing to help him and save Dark Horse.

However, Jack turns down Nick’s request because Jabot is having money troubles. He explains that after Ashley Abbott (Eileen Davidson) took their patents, they have been barely keeping their heads above the water.

Jack tries to tell Nick to give it some time as things almost always work out. Y&R spoilers state that Nick doesn’t think his advice is realistic, as Adam isn’t one who you can strike up a compromise with. And, Nick will not let Adam take his son from him.

Not knowing what else to do, Nick turns to Victor Newman (Eric Braeden) for help. Y&R spoilers tease that Victor is shocked by Nick’s request. When Victor doesn’t react the way Nick wants, he points out that the reason Adam is in Genoa City is because Victor brought him.

Nick will tell his dad that he has to stop him before he destroys everyone in the Newman family. Of course, Victor doesn’t see it that way. And, he chooses a side. The decision he makes will either save Nick’s company and keep Christian in his custody or will create an instant Newman war.