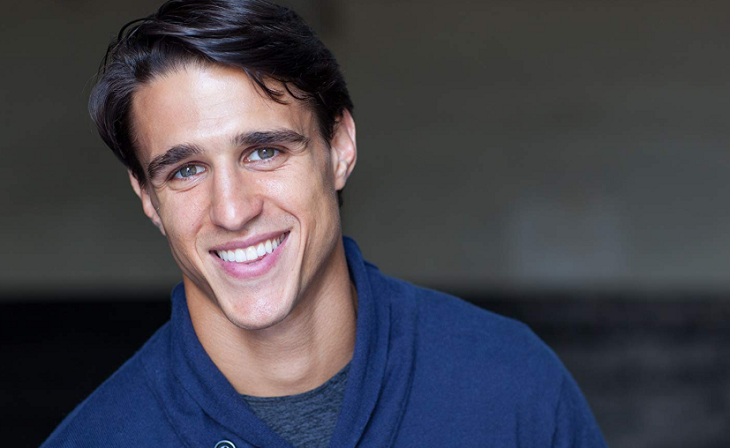 The Bold and The Beautiful (B&B) is welcoming a new member to its on-screen family as Joe LoCicero lands a recurring gig on the soap.

LoCicero, whose wife Gina Rodriguez has been part of B&B as Beverly between 2011 and 2012, will portray the role of Vincent Walker, a “nefarious colleague” of Thomas Forrester (Matthew Atkinson). He will be making his debut on the sudser on June 27 and will appear once again on the July 2 episode.

His TV credits include Jane The Virgin, where he met his wife, and Welcome to Willits. Apart from being an actor, he modeled for big brands like Abercrombie & Fitch, Tommy Hilfiger, and Juicy Couture.

When he’s not acting, LoCicero trains for Muay Thai competitions. He’s earned a few amateur titles and Rodriguez often watches him during his MMA fights.

Viewers of B&B may recall that his wife, Rodriguez portrayed the role of Beverly, Dayzee Leigh’s (Kristolyn Lloyd) friend. She worked as an intern at Forrester Creations. She was accused of stealing Forrester designs and the scandal forced her to run away.

Stephanie (Susan Flannery) and Dayzee eventually found her staying at a housing complex for kids aged out of the foster care system. Rodriguez’ character was never written out, so a possible return may be on the horizon.

Bold And The Beautiful Spoilers – Pair Were Married In May

LoCicero and Rodriguez got married in early May and the latter posted a video of them getting hitched on Instagram. The two lovebirds met in 2016 when he played a stripper role during Jane’s bachelorette party on the episode “Chapter Thirty-Nine” of CW’s hit dramedy.

The pair dated shortly after and then got engaged since summer 2018. The news about their engagement first came about when Rodriguez posted photos of the two of them on social media. In the snaps, the couple were cuddling during her birthday with Rodriguez wearing a sparkler on her finger.

The Bold and the Beautiful Rumor: Thomas Will Be Killed Off – Cruel Lies and Manipulation Catch Up With Him #bb #boldandbeautiful https://t.co/VtFFzAHuEi

The couple confirmed their engagement in August and Rodriguez even joked that they were thinking of eloping, so they don’t have to worry about wedding planning. Based on their posted wedding video, it’s obvious that the couple opted for a traditional wedding ceremony.