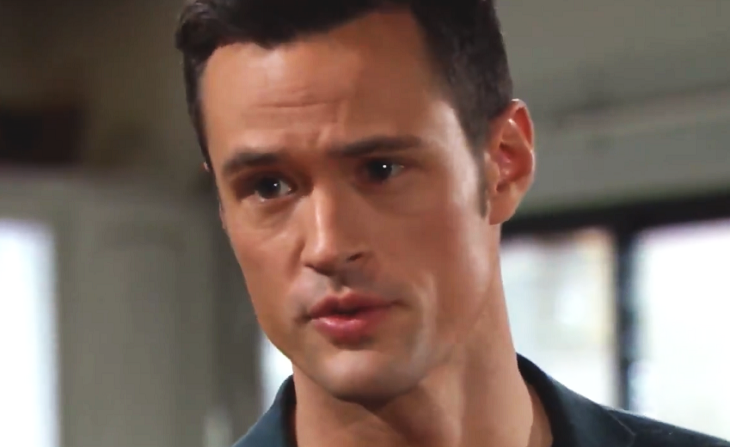 The Bold and the Beautiful spoilers for Thursday, June 13, tease that Steffy Forrester (Jacqueline MacInnes Wood) will demand some answers from her brother Thomas Forrester (Matthew Atkinson). As B&B viewers know, Thomas came blazing into Steffy’s house with something life-changing to tell her.

Thomas was ready to tell Steffy the truth about Phoebe Forrester (River Davidson and Madeline Valdez) actually being Hope Logan (Annika Noelle) and Liam Spencer’s (Scott Clifton) daughter, Beth Spencer. He truly believed it was the right thing to do and was prepared to break his sister’s heart in the name of doing the right thing.

But as B&B viewers know, Thomas started having second thoughts about spilling the truth as he watched Steffy and Liam playing with Phoebe and Kelly Spencer (Chloe Teperman and Zoe Pennington). They looked so happy, and Thomas started feeling very protective toward his sister.

Bold And The Beautiful Spoilers – Makes A Snap Decision

Thomas knows that Steffy would be devastated by the truth about Phoebe being Beth. Plus, he also knows that if it is revealed that Beth is alive, then Hope and Liam will probably get back together. According to B&B spoilers, he’ll make a snap decision and decide to keep the truth to himself.

Of course, this is going to cause a load of problems for Thomas. He’ll now have to keep a lid on Florence “Flo” Fulton (Katrina Bowden), Zoe Buckingham (Kiara Barnes), and Xander Avant (Adain Bradley), as they also know the truth about Beth. But in the moment, he’ll make the decision to keep the truth secret and deal with the consequences later.

Meanwhile, on Thursday’s new episode of B&B, Flo, Xander, and Zoe will anxiously wait for something big to happen. They are all under the assumption that Thomas is spilling the secret to Steffy and Hope, and as they anxiously talk about that possibility, they’ll be completely unaware that Wyatt Spencer (Darin Brooks) is listening to them.

Bold And The Beautiful Spoilers – Truth Not Coming Yet

It appears that Wyatt will arrive at the Forrester estate to visit Flo, but he’ll end up overhearing part of Zoe, Xander, and Flo’s conversation. Exactly what Wyatt hears remains to be seen, but according to B&B spoilers it will be something alarming that causes him to demand some answers.

He’ll approach the three secret-keepers with some pointed questions about why they’re having a pow-wow at the Forrester estate and what they’re talking about. The trio will have to think quickly and come up with a cover story to prevent their secret from getting out to yet another person.

The Bold And The Beautiful Spoilers: There’s No Way Out For Flo And Zoe — Time To Confess And Reunite Hope And Beth https://t.co/EUN869MIUJ pic.twitter.com/m8QIsiGU8I

The Bold and the Beautiful spoilers say that the truth about Beth being alive isn’t going to come out just yet, so it looks like Zoe, Flo, and Xander will be able to cover themselves and come up with some story for Wyatt. Of course, whether Wyatt fully buys their story remains to be seen, and it may lead him to wonder about Flo’s virtues going forward.