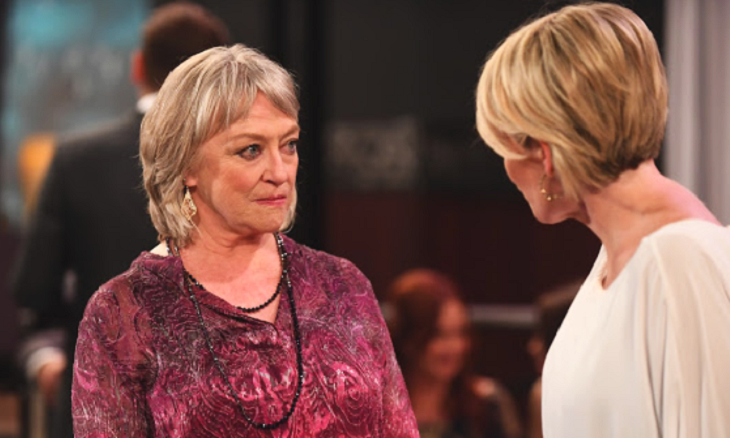 It looks like we will be seeing a new face in Port Charles very soon! That’s because new General Hospital comings and goings indicate that Hollywood actress Veronica Cartwright has joined the cast. Here’s what you need to know.

According to reports, the actress, who is best known for her role in the cult film Alien, will be joining the cast for a five episode arc later this summer.

While the producers of General Hospital have not released any details about her character yet, we do know that she will be sharing scenes with Ava Jerome (Maura West).

General Hospital Spoilers – Will Debut In Port Charles In July

She is also expected to make her debut in Port Charles sometime in July. Seeing how Ava is always getting into some sort of trouble, we have a feeling that Veronica’s character will either be a part of her grand scheme or against it somehow.

The legendary actress told Comingsoon.net in an interview back in 2017 that she’s been working nonstop ever since she was a child. But it’s not like she’s complaining.

Veronica loves working in the industry and is grateful for all of the opportunities that come her way. Of course, she admits that it wasn’t always this way.

“There was a period of time when I couldn’t seem to get anything. I was on the series Daniel Boone and then, when that ended, I was still under 18 so I was too young to be in the older category and too old to be a child. So there was a few years there that were dry,” Cartwright said.

“So I went and studied acting with Jack Garfine and did that for three years and then decided to move to England, because as you know, I am British born, and that’s where I got the movie Inserts and that started everything all over again.”

It’s without a doubt that fans can’t wait to see Cartwright on General Hospital. This will be her first time on daytime television. We have a feeling that it’s going to be a very exciting summer! We will definitely update you with more information and Cartwright’s storyline when it rolls in.