The Young and the Restless (YR) Spoilers: Victor Needs Help – Vickie and Adam Can Combine Talents 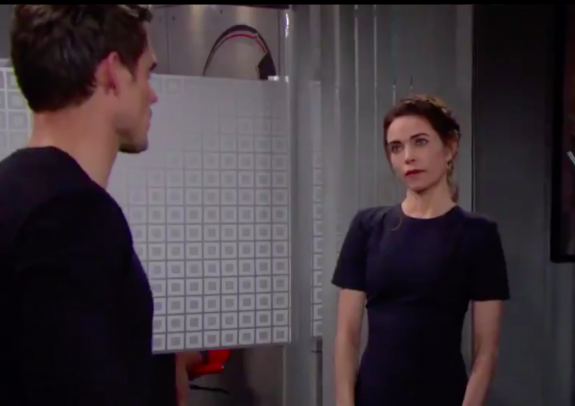 Victor Newman (Eric Braeden) needs helps running Newman Enterprises on ‘The Young and the Restless’. His diagnosed rare blood disease will likely lead to at least another temporary leave from the helm at the empire he created and is sustaining.

While Victoria Newman (Amelia Heinle) has been doing well in her role as Victor’s top executive, Adam Newman (Mark Grossman) has time to fill and could benefit from having something productive to do.

No matter what they think of each other, Vickie and Adam bring different talents to the table. Vickie infuses class. Adam is the killer. Both personality points could combine to create an effective two-sibling team at their family’s business.

Sure, there will be tension when this seemingly inevitable business paring happens. Hopefully Vickie doesn’t bolt from her spot whenever Adam inevitably comes back to work.

Young And The Restless Spoilers: Vickie And Adam Newman Bring Different Talents To The Table

Yes, he’s ruthless, just like dear old dad. But a heavy dash of cold acumen is needed within the capitalistic world where idealistic visions are heeled by common sense. And so the purposeful pairing of Vickie and Adam can work. They’ll battle, but can also made headway together as long as Victor’s children are willing to bend a little.

Nikki Newman (Melody Thomas Scott) can already see that her husband needs to push back from his stately desk. If Dr. Nate Hastings’ (Sean Domonic) cutting edge treatments are to work, why not press pause on his responsibilities at the worldwide corporate conglomerate just as he’s done before?

This modest request is all that Nikki is asking Victor to consider. Adam’s agreement to return would enable the respite the ‘Moustache’ needs if he is to beat the blood disease.

Y&R Spoilers: Vickie Newman Is The Happiest She’s Been In Years

Vickie is the happiest she’s been in years. A re-commitment to ‘Villy’ restores her family, which is infinitely more meaningful than any type of so-called work.

Separately, Adam is striving to do the same. He knows that his family, meaning the four-member ‘Chadam’ is more important than business. But Adam hasn’t been able to achieve what his sister has. So, in this intermediary period, it could be time for him to help his dad and yes, his sister, to run Newman.