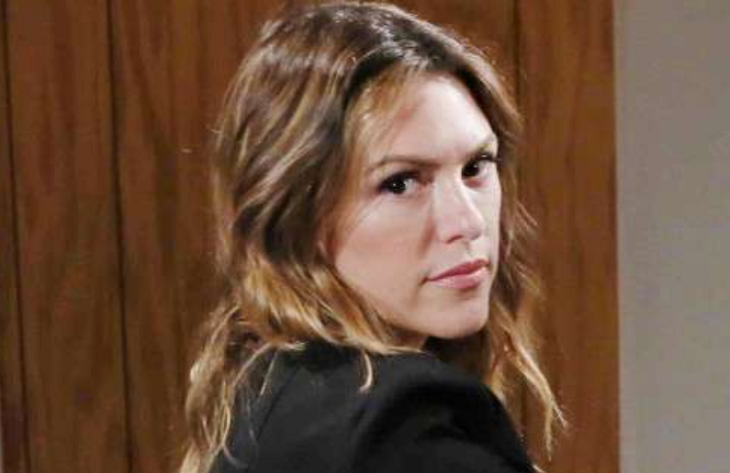 The Young and the Restless comings and goings indicate that Chloe Mitchell (Elizabeth Hendrickson) will soon be making her way back to Genoa City!

With Adam Newman (Mark Grossman) and Kevin Fisher (Greg Rikaart) putting everyone in town on high alert, things are about to get quite interesting and fast, too. Here’s what you need to know.

Elizabeth Hendrickson is reprising her role as Chloe Mitchell, and it couldn’t come at a better time. Even though she’s been presumed dead for a few years now, apparently she’s alive and well and everyone is looking for her.

Young And The Restless Spoilers – Not Playing Any Games

Young and the Restless spoilers indicate that Chloe will come face to face with Phyllis Summers (Gina Tognoni) upon her return. She will admit that she faked her death and that she came back to Genoa City to settle a few scores.

Now, whether that means she wants to avenge Delia’s death remains to be seen. Either way, Chloe’s not messing around and she’s definitely not playing any games either!

Young And The Restless Spoilers – Fans Excited By Comebacks

Her co-star Greg Rikaart just made the switch from Days of Our Lives to The Young and the Restless as well. For the last year he played the villainous Leo Stark over in Salem but has now switched gears to reprise his role as Kevin Fisher. He recently kidnapped Phyllis and is looking for Chloe, too.

To say that fans are excited about all of these favorite characters coming back would be an understatement. Plus, many would agree that Mark Grossman has been killing it as the new Adam Newman (previously played by actor Justin Hartley).

Needless to say, the action on The Young and the Restless hasn’t been this good or fast-paced in a very long time. We cannot wait to see Chloe back on the canvas, too! Fasten your seat-belts fans, because it’s going to be one very bumpy ride!

The Young And The Restless (Y&R) Spoilers: Tara Has Met Her Match –…

The Young And The Restless (Y&R) Spoilers: Phyllis Pits Tara Against Sally…

The Young And The Restless (Y&R) Spoilers: Adam & Sharon Memories Hint at…