Young And the Restless Spoilers: Kevin And Chloe’s Return Brings Nothing But Trouble To Genoa City 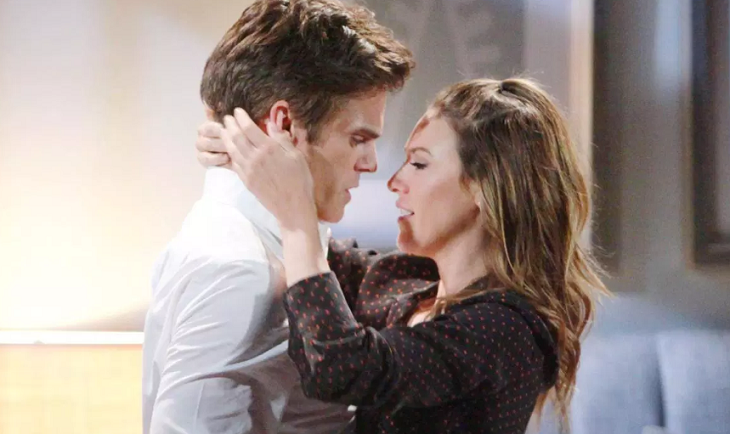 The Young and the Restless spoilers indicate that Kevin Fisher (Greg Rikaart) and Chloe Mitchell’s (Elizabeth Hendrickson) return is going to cause havoc on the rest of Genoa City.

Last week, Kevin made his return to Genoa City when he kidnapped Phyllis Summers (Gina Tognoni). With Kevin back, it’s only a matter of time before the truth about Chloe comes out.

As Y&R fans will remember, Chloe is the one responsible for the cabin explosion which presumably killed Adam Newman (Mark Grossman). Chloe wanted Adam to pay for his role in the death of her daughter Delia (Sophie Pollono).

Young And The Restless Spoilers – Tough Fight Ahead Of Them

When it was revealed that Chloe murdered Adam, she faked her death to avoid being arrested. She and Kevin then went on the run with their daughter Bella Mitchell (Cali May Kinder).

The couple managed to stay out of hiding, but now that Adam is back in Genoa City, it won’t be too long before Chloe makes her presence known.

Genoa City is going to be stunned when they learn that Chloe is alive and Kevin knew the truth. Adam and his father Victor Newman (Eric Braeden) are going to be after the couple, however they’ll have a tough fight ahead of them.

Young And The Restless Spoilers – Many Brushes With The Law

Kevin is going to do everything he can to protect Chloe, even if it means breaking the law. Kevin has a dark past and has many brushes with the law. He knows Chloe is unstable, and seeing Adam makes her go off the deep end.

With Adam threatening to tear their family apart, Kevin and Chloe will be forced to resort to desperate measures. The couple has shown their dangerous side, they’ve committed robbery and murder; and there’s no telling what else they will do.

While Adam is going to be the number one target for Chloe and Kevin, the rest of Genoa City will have to be on alert. Chloe has a grudge against Victor, who brought her into his revenge scheme which sent Adam to prison. Plus, the return of Chloe’s former friend and Adam’s ex-wife Chelsea Lawson (Melissa Claire Egan) is sure to set Chloe off.

What kind of trouble do you think Kevin and Chloe will cause in Genoa City?