Young And The Restless Spoilers: Victor Goes To War With Christine – J.T. Case Pops Back Up 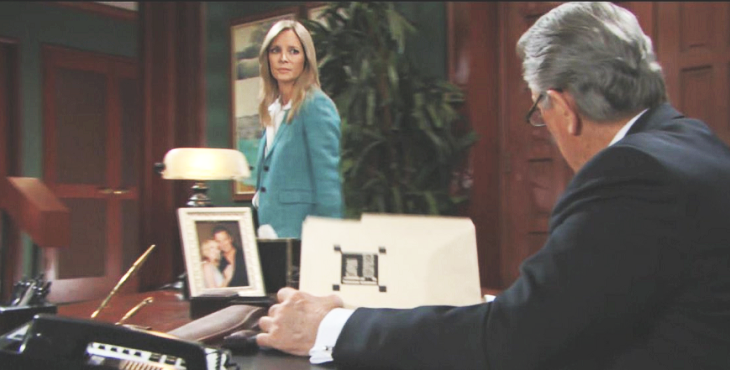 The Young and the Restless (Y&R) spoilers tease that Victor Newman (Eric Braeden) will launch an attack on the police department for the way they handled the JT Hellstrom (Thad Luckinbill) case.

Victor will demand they, at the very least, issue him an apology for the way they targeted him for murder. And, you can expect to see Christine Williams (Lauralee Bell) enraged by Victor’s demands. Here’s what is coming up on Y&R.

Many times, Victor is not right and goes after people for no reason. Perhaps, it’s about a business conquest or maybe just some personal drama. However, in this case, Victor is completely right to want to sue GCPD for the way they handled the JT case.

Young And The Restless Spoilers – GCPD Had No Solid Proof

There was no solid proof that Victor had anything to do with the murder—which by the way turned out to be assault because JT is alive. The only thing they had to go on was the fact that JT tried to kill him previously and Victor had wished JT harm on tape. That was it.

Y&R spoilers showed that Victor was nowhere around on the night JT disappeared. And, tying him to the crime was a stretch. Even so, that didn’t stop the GCPD from trying their best. And, once again, coming up way too short in getting a conviction against him.

While the Newmans might not be able to sue over the case against the women, it does go to show how they wanted to nail the Newmans any way they could. They knew it was self-defense.

Young And The Restless Spoilers – Not A Premeditated Murder

This was not a premeditated murder. Y&R spoilers tease that this was a case of protecting Victoria Newman (Amelia Heinle) from JT’s rage.

Any DA would have heard the story and not charged them with murder. Now, they should have been faced the other charges as they didn’t report the JT attack and buried him by hiding evidence.

The Young And The Restless Spoilers: The Fight For Control Of Newman Enterprises Leads To Drama – Who Will Become The New CEO? https://t.co/ahLnO1I9it pic.twitter.com/XkH7UV5ivP

It’s clear that Victor’s move to sue the GCPD will get under Christine’s skin as she thinks they did whatever they had to seek justice for JT. However, Victor was innocent and there was no concrete evidence tying him to the crime.

Will Victor win the lawsuit? As always, more detailed Spoilers and Breaking news will appear here on Hollywood Hiccups!