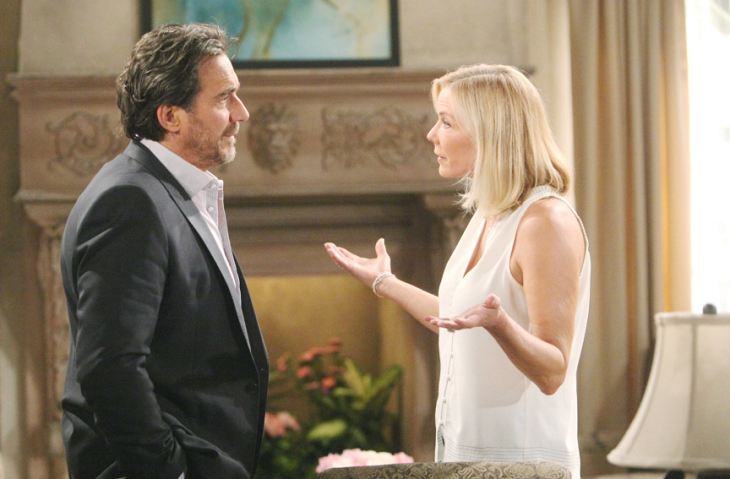 The Bold and the Beautiful spoilers for Friday, June 14, tease that Thomas Forrester (Matthew Atkinson) will have a tough job ahead of him. He made the snap decision to keep the secret about Beth Spencer being alive from Steffy Forrester (Jaqueline MacInnes Wood), Hope Logan (Annika Noelle), and Liam Spencer (Scott Clifton). And now he’ll have some work to do to make sure that the secret stays a secret.

But since Thomas decided at the last minute to keep the secret to himself, he’s going to have to get to Flo, Zoe, and Xander right away and fill them in on his decision.

The trio is going to be shocked to discover that Thomas wants to keep Beth’s existence from Hope and Liam. They’ll probably have a lot of questions, but it looks like Thomas is going to try to lay down the law. According to B&B spoilers, Thomas will threaten Flo, Zoe, and Xander and insist that they keep on keeping the secret.

Of course, for Zoe, this will be a welcome demand. She wants the secret kept because she knows that she, her father Reese Buckingham (Wayne Brady), and Flo would surely be prosecuted for their actions. She’ll probably readily agree to keep a lid on Beth’s existence. And Flo will probably easily succumb to Thomas’ threats.

But Xander is another story. He wants the truth to come out asap, and he’s going to be a bit harder for Thomas to convince. But it looks like his threats will make Xander hold on to the secret for at least a while longer, as ongoing B&B spoilers indicate that the baby switch secret is going to remain a secret for the time being.

Bold And The Beautiful Spoilers – Sees The Writing On The Wall

Meanwhile, on Friday’s new episode of B&B, Ridge Forrester’s (Thorsten Kaye) concerns about his marriage will deepen. The situation with Steffy, Liam, Hope, and Thomas really has Brooke Forrester (Katherine Kelly Lang) upset, and she and Ridge just don’t see eye-to-eye on the situation.

As B&B viewers know, Ridge would like nothing more than to see Liam and Steffy reunite and form a cohesive family with Kelly Spencer (Chloe Teperman and Zoe Pennington) and Phoebe Forrester (River Davidson and Madeline Valdez). But he’s hesitant to say so for fear of upsetting Brooke, who desperately wants Hope and Liam to be together.

And it doesn’t help that Ridge’s son Thomas is openly pursuing Hope, which Brooke absolutely detests. It’s bound to cause more conflict between Brooke and Ridge going forward, and Ridge can surely see the writing on the wall.