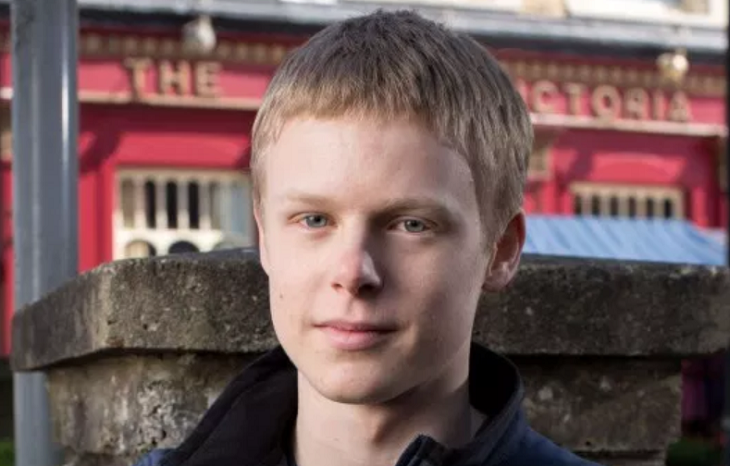 On “EastEnders,” Bobby Beale (Clay Milner Russell) has returned to Walford, although not as viewers remember. The notorious villain, who was imprisoned for several years for brutally murdering his sister Lucy Beale (Hetti Bywater), is back in Albert Square.

Kathy (Gillian Taylforth), who has been busy with the launch of the new gay bar, The Prince Albert, sneaks off to see him. The Beales have known about his return for months and Kathy will be the first one to see him after three years of being incarcerated.

“EastEnders” confirmed last month that Bobby will return after he gets released from the detention center. Some viewers might be confused, since the character doesn’t look in any way the same when he was last seen on screen.

Eliot Carrington’s portrayal, was by far, the most memorable one, as he played Bobby at the time when he nearly bludgeoned to death his step mother Jane Beale (Laurie Brett) and then was later on revealed as the killer of Lucy.

Bobby, who was 10 years old back then, accidentally killed his sister when he threw a jewelry box at her head. He went to bed without realizing that he had killed Lucy.

Bobby was last seen onscreen when Max Branning (Jake Wood) used him to blackmail Jane keep her mouth shut about his role in the death of Steven Beale (Aaron Sidwell) and that he worked with James Willmott-Brown (William Boyde).

“EastEnders” Executive Producer Jon Sen described Russell as “an exciting new talent with a charisma and an intensity that injects a new energy into the fascinating character of Bobby Beale.” He added, “We can’t wait for audiences to see Bobby return home and the impact his arrival will have on the Square.”

What kind of trouble is Bobby planning to do now that he’s back in Albert Square? How will the residents of Walford react to his return?