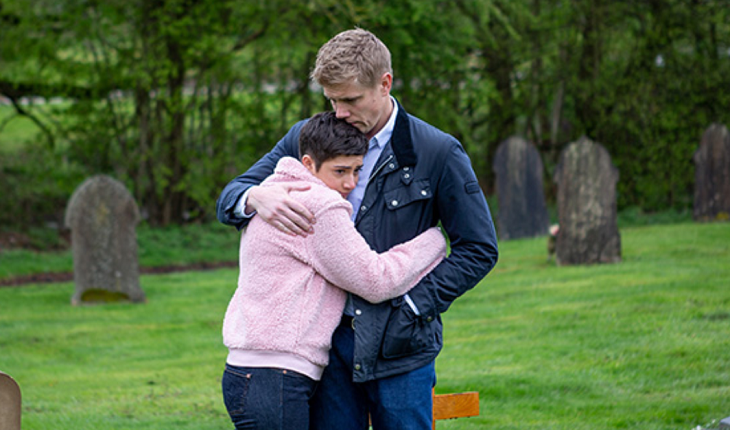 On “Emmerdale,” the arrival of a mysterious stranger causes further upset for Victoria Barton (Isabel Hodgins). Viewers may recall that the pub chef was revealed to have been sexually assaulted by fellow clubber Lee Posner (Kris Mochrie) last month during the show’s Big Night Out episodes.

As if going through that horrendous ordeal wasn’t enough, Victoria found out that Lee may never be brought to justice and that she is carrying the child of her rapist.

Isabel Hodgins revealed that “There’s no let up for Victoria this summer,” Hodgins revealed in an interview. “Things are about to get a lot more difficult for her. The newcomer is set to put the cat amongst the pigeons, that’s for sure!”

“Emmerdale” producer Kate Brooks said back in February that the fateful night will “change some of the characters’ lives for good” and it really did. During the special flashback episodes, it was revealed that Victoria was among the few characters that were mostly affected.

Viewers may recall seeing Victoria looking traumatized after the events of the night out. She lied to her friend Amy Wyatt (Natalie Ann Jamieson) saying she was just feeling unwell but it was eventually revealed that she was raped after being separated from her friends when the club’s fire alarm went off.

It was only after she was visited by Moira Dingle (Natalie J. Robb) when she had the strength to open up about what really happened to her. Victoria also found out that she was pregnant with the child of her attacker.

Victoria’s brother, Robert Sugden (Ryan Hawley) also struggled with the events of that night after he found out that his sister was raped. He decided to take matters in his own hands as he fears the police won’t be able to find enough evidence to put Lee behind bars. He enlisted the help of Aaron Dingle (Danny Miller) and they put up posters with Lee’s picture and the word “rapist” written on them.

Victoria was furious when she finds out what her brother did. Not only that, his actions led to a complaint being filed against her, which added more stress to her already troublesome life.

NEXT WEEK'S SPOILER PICS ARE UP! Check them out: https://t.co/xRAQMvQPLW #Emmerdale pic.twitter.com/c136pnvLe8

Things are bound to be made more complicated with the arrival of the mysterious individual. Who could this mysterious stranger be? What will he or she do that will cause more emotional turmoil for Victoria?