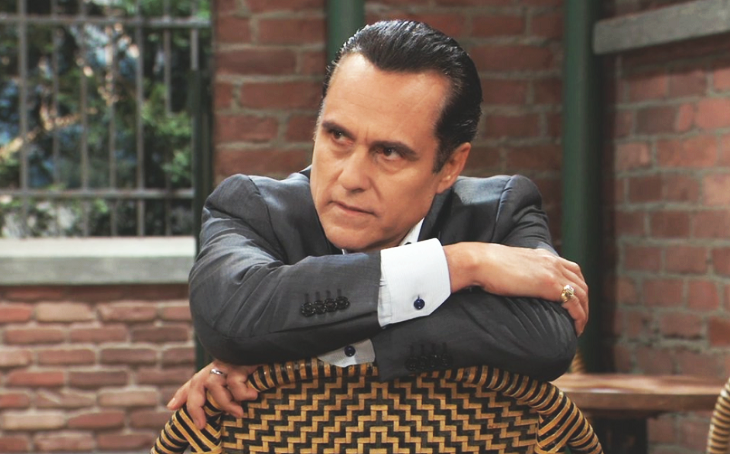 Jax tells Carly that they are going to put Ava Jerome (Maura West) on the cover of Crimson. Carly asks Jax if he is completely crazy. Jax wants Carly to hear him out, but she argues about Connie Falconeri (Kelly Sullivan) and Morgan Corinthos (Bryan Craig). Carly wants to tell Jax what Ava did to Morgan. Carly screams to Jax what happens. Jax wants to hold Ava up for the world to judge. He says he loved Morgan too. Jax tells Carly that he upset Ava and she walked off.

Jax wants to let Ava expose herself in Crimson. He wants Ava to have a little incentive to piss Carly off. Jax thanks Ava for joining him and giving him a chance to make amends. Carly wants to know why Jax needs to make amends with Ava. Jax pretends to want Carly to leave them alone. Carly tells Jax not to say she didn’t warn him. Jax offers to buy Ava a drink, and she wants to be on the cover thanks to Carly. Jax apologizes for the unpleasant run-in with Carly. Ava gives Jax her terms for the article. Ava and Jax go over the contract, and Ava signs it.

General Hospital’s Shiloh Archer (Coby Ryan McLaughlin) visits Harmony Miller (Inga Cadranel) in jail and tells her he has a son. Shiloh tells Harmony that Willow Tait (Katelyn McMullen) gave birth to a little boy last July. Harmony wants Shiloh to get her out of jail; he needs her to see this through.

Shiloh is finding the baby first. Shiloh has found a custody attorney and demands access to the offshore accounts. Harmony wants to raise her grandson with Shiloh. He assures Harmony that the baby binds them together. Harmony signs the needed paperwork for the transfer. Shiloh promises to tell Harmony when he finds the baby.

General Hospital’s Michael Corinthos (Chad Duell) and Willow discuss going back to meetings. Willow tells Michael about almost drowning when she was younger. Michael tells Willow he is a lifeguard. Michael tells Willow everything that has to be done for Shiloh to get rights to Willow’s baby. He tries to convince Willow that the baby won’t be taken from his family. Willow tells Michael that Shiloh finds people who will make allowances for him.

Willow tells Michael she will fight with everything in her to protect that baby. Michael tells Willow if all else fails, there is his father. Michael tells Willow to focus on things she can affect. They decide to have ice cream. A process server gives Willow legal papers. Willow shows Michael the documents that Shiloh had served on her. Shiloh show up at the hospital, Michael walks toward him and he leaves.

General Hospital’s Sonny Corinthos (Maurice Benard) approaches Brad Cooper (Parry Shen) and Julian Jerome (William DeVry) as they discuss Wiley Cooper-Jones. Sonny wants Julian to let him handle it. Sonny doesn’t explain his plans but is going to try to fix it. Carly goes to the doctor to get her test results. Julian assures Brad that Shiloh can’t prove anything yet, but warns Brad there could be issues if Shiloh discovers that baby isn’t Willow’s.

General Hospital’s Carly is told there may be a risk of possible birth defects. Carly’s doctor wants to set up a level two ultrasound. She is advised not to panic, but she will set it up as soon as possible. Carly steps outside the doctor’s office and touches her belly.

General Hospital’s Nelle Benson (Chloe Lanier) introduces herself to Ryan Chamberlain (Jon Lindstrom) in the Pentonville Infirmary. Nelle tells Ryan she was framed for murder, Ryan says him too. Nelle tells Ryan they have Carly in common also. Ryan and Nelle compare notes about Carly and Kevin. Nelle lies and says Carly pushed her down the stairs.

Ryan asks Nelle what happened to her baby. Nelle tells Ryan that she worked for Ava, but Ava turned on her too. Ryan says Ava betrayed him too. Nelle says Ryan must hate Ava – he says no, he could never hate her. Nelle talks about how these people on the outside looking down on them. Nelle and Ryan talk about their stolen kidneys. She says Carly only cares about her daughter and no one else. Ryan says fate brought he and Nelle together so they can help each other.

General Hospital’s Lulu Falconeri (Emme Rylan) meets with a man from the dating site. Lulu’s date is a professor; she tells him she is a writer. Lulu tells a story about leaving her laptop while jumping on a ferry for an article. Lulu’s date gives her statistics. Sonny sees Lulu with her date and approaches when he leaves. Lulu tells Sonny about the story and the robber. She realizes she misses having a man around to pay attention to her. Sonny assures Lulu that Dante Falconeri (Dominic Zamprogna) would be there if he could. We’ll give you updates as other GH news and rumors emerge. General Hospital airs on ABC. As always, more detailed Spoilers and Breaking news will appear here on Hollywood Hiccups!