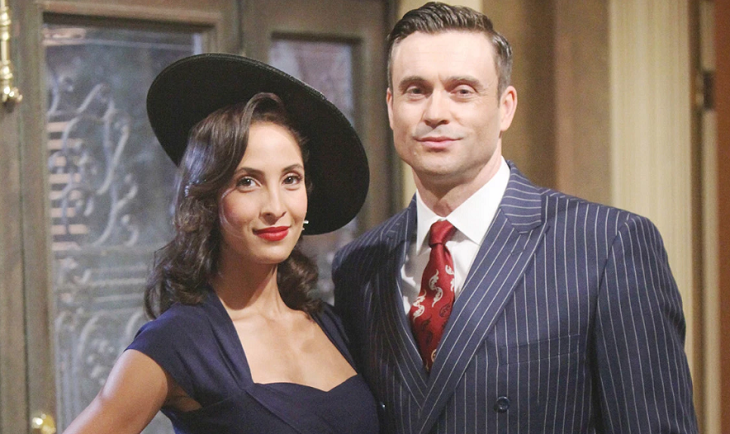 Christel Khalil shocked the Young and the Restless fans last year when she did not renew her contract. She had been on contract since 2002. Even though she is seen much less on screen, her presence is still felt in the storylines. That’s partly because recently she also stepped into the role of Iris, a character in Traci Abbott’s (Beth Maitland) novel.

The actress shared with Soaps.com that she isn’t sure when she would appear next on Y&R. She has enjoyed playing Lily and Iris, admitting that the book character is much sassier than Lily.

Khalil said that she is all for the romance between Traci and Cane Ashby (Daniel Goddard). She thinks that their age difference should not be an issue, pointing out that Lily and Cane had a big age difference too.

Young And The Restless Spoilers – Khalil Is Enjoying Trane

“I’m all for it. I think there are so many times [in soaps] when you have an older man and a younger woman. What’s funny is that they’re actually closer in age than Daniel and I were. When our characters started getting together, I was 19 and he was 35,” Khalil said.

Khalil pointed out that she feels that Lily was perfectly justified in divorcing Cane. She said that there had been so much infidelity on both of their ends and they continually hurt each other.

Young And The Restless Spoilers – A Possible Lane Reunion?

“I think it was a valid reason. There’s been a lot of infidelity in their relationship. This was at a point where she’s in prison, locked up, away from her family and kids and everything she knows,” she shared.

“So it’s a very vulnerable place to be in and then to have Cain do something like that, I think it made a lot of sense to get divorced.”

Traci gets into character today on #YR. pic.twitter.com/qyMj4Oo9O5

Khalil added that Y&R is a soap opera, so she is sure that she will forgive Cane at some point. And, she teased, “Who knows they may have another chance at love?”

Would you like to see Cane and Lily reunite? more detailed Spoilers and Breaking news will appear here on Hollywood Hiccups!