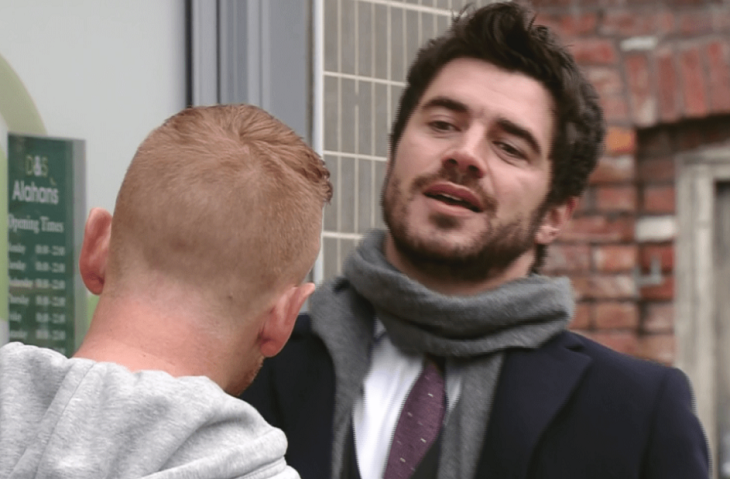 Coronation Street spoilers indicate that Gary Windass (Mikey North) is about to have a huge showdown with Adam Barlow (Sam Robertson) and Sarah Platt (Tina O’Brien). This is after he catches Adam and Sarah in the act. Here’s what you need to know.

As many fans know, Gary has been desperately trying to do whatever he can to get Sarah back into his arms. However, he’s just stumbled upon a new problem: Adam Barlow.

While Sarah and Adam have been trying to keep their new romance under the radar for some time now, Gary managed to see them getting very up close and personal with one another.

Coronation Street Spoilers – Takes Matters Into His Own Hands

That’s when Adam decided to take matters into his own hands and storm over to check and see if Sarah was okay. Sarah didn’t appreciate his interference and sent him packing, while also making it clear that she wants nothing to do with him.

While Gary does have his suspicions, he doesn’t know that Sarah and Adam are indeed a couple. Yet, it will only be a matter of time before he finds out the truth.

Mikey North, who plays Gary Windass on the hit ITV soap, recently told The Sun in an interview: “Gary makes very rash decisions and is forced down a path of no return. Everything that he has done has been for Sarah, so when she turns his back on Gary he has nothing more to lose.”

Of course, that’s not the only problem that Gary has to deal with right now. All signs point to him being Weatherfield’s supervillain, as he might have been responsible for the terrible roof collapse that took one life away at Underworld.

If that weren’t enough, there’s also a strong possibility that Gary might settle the store with Rick Neelan (Greg Wood), who is back on the scene.

“Gary’s involvement in the Underworld Factory roof collapse was only just the start of his demise,” an insider revealed. “He becomes an all-out bad boy after the breakdown of his relationship with Sarah Platt. It’s going to cause shockwaves in Weatherfield and have huge implications for Gary.”