Days of Our Lives Spoilers: Kristen Enraged When Ted Reveals The Truth About Holly to “Nicole” 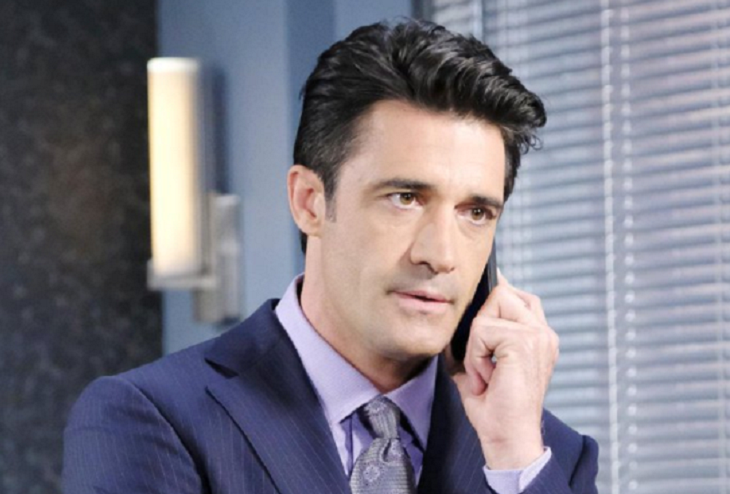 Days of Our Lives (DOOL) spoilers tease that Kristen DiMera (Stacy Haiduk) will soon get a big surprise. As DOOL viewers know, she’s been masquerading as Nicole Walker (Arianne Zucker) for weeks now, and she’s been doing an effective job of fooling everyone.

Along with Xander Cook’s (Paul Telfer) help, Kristen has led everyone to believe that Nicole’s daughter Holly Jonas (Harlow and Scarlett Mallory) perished in an automobile explosion. But there’s one loose end still, and that’s the former DA, Ted Laurent (Gilles Marini).

Days Of Our Lives Spoilers – Ted Laurent Did Not Go Away

As DOOL viewers will remember, Ted assisted Xander in fooling everyone into believing that Holly perished in the explosion. Ted provided critical intel to Xander about where Holly would be and when she’d be unattended and vulnerable to being kidnapped. It was Kristen and Xander’s hope that Ted would fulfill his job and then go away, but it doesn’t look like that’s in the cards.

Days Of Our Lives Spoilers: Will Gets A Chance At Life! Xander Gives Up Dr. Wilhelm Rolf’s Diary To Save Him?

Instead, Days of Our Lives spoilers indicate that Ted is going to do something to put Kristen and Xander’s plot in jeopardy. Ted has been feeling bad about leading everyone to believe that Holly died,

He especially feels bad about lying to Hope Brady (Kristian Alfonso) about the whole ordeal. As DOOL viewers know, Hope feels terrible about not being able to save Holly when she was police commissioner.

Days Of Our Lives Spoilers – Signing His Own Death Warrant?

So, it looks like Ted will decide to come clean. According to DOOL spoilers, Ted will reveal the truth about Holly to who he believes is Nicole, but in reality, he’ll be talking to Kristen wearing her “Nicole” disguise. Kristen will be horrified and angry with Ted, but she’ll have to play the role of Nicole so as not to be discovered.

It should be interesting to see how Kristen (as Nicole) responds to Ted. Of course, Kristen will realize pretty quickly that Ted can’t be trusted, and according to DOOL spoilers, she’ll soon order Xander to get rid of Ted before he spills the beans to anyone else. It seems that Ted may be effetely signing his own death warrant by spilling the beans to “Nicole.”

Days Of Our Lives Spoilers: Maggie Confesses To Victor She Fell Off The Wagon #days #dool #daysofourliveshttps://t.co/zhtVajj9dh

At any rate, it looks like we’ll soon be seeing the last of Ted, as he’ll soon go missing from Salem, most likely as a result of Xander’s actions. Will you be sorry to see Ted go?