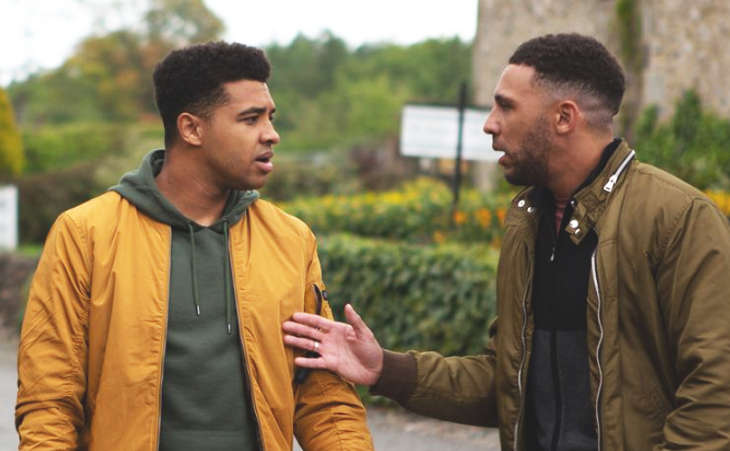 Billy Fletcher (Jay Kontzle), who is trying to do his best to protect his brother Ellis Chapman (Asan N’Jie), is in hot water after Max (Jordan Reece) sent sinister threats to Ellis. Billy warned Max to stay away from his family but Max said that he’d do so only if he commits another crime for him. Will Billy agree just so he can spare his brother?

Ellis has been dealing with the aftermath of being stabbed by two of Billy’s enemies during the Big Night Out storyline. Back on the May 7 episode, Billy came clean about the secret he’s been hiding.

He admitted that newcomers Kaiden and Tyler stabbed Ellis to settle an old grudge with Billy. The pair were revealed as the brothers of Riley who Billy viciously attacked and went to jail for.

However, danger is still lurking around and Ellis is still at risk upon the arrival of Max. Billy knew this person before he went to prison. He tried to dodge his phone calls, but he eventually came face to face with his old acquaintance.

Max had a large role to play in Billy’s bad behavior in the past and Ellis knew about it. Ever since he got out of prison, Billy has worked hard to turn his life around. He managed to land a decent job as a delivery driver for a factory and even made peace with his brother Ellis.

Looks like Max has a score to settle with Billy, after the latter ruined his plans for a warehouse robbery by backing out at the last minute. With Ellis struggling to cope with what had happened to him and suffering from anxiety and panic attacks.

Ellis feared for his life as he believed he saw Max outside The Woolpack. It would seem that Max is eyeing Ellis as his target, and he plans to use him to force Billy to do his bidding.

Emmerdale Spoilers – Max Has Other Things In Mind

Max turns things around and gets the upper hand as Billy tries to warn him to stay away from his family. Billy gets on Max’s car where the latter says, “At least you’re co-operating now means you can help me get what I’m owed.”

Billy tries to ask what he needs and says he can try to raise money when Max interrupts and starts to blackmail him. The villain says: “Whatever you’ve got ain’t enough, not anymore. Need a hand with something, don’t worry not too strenuous but well you’ve got the skill set.”

Oh Ellis 😮 What have you done? #Emmerdale pic.twitter.com/VHYOY3kSq9

Billy agrees but Max has other things in mind. He says, “Try not to sound too enthusiastic not my fault you’ve got to do this. I was going to leave it weren’t I after all that with Ellis but you had to push it ordering me to back off well we can’t have the world thinking you’re bossing me around so here we are. This is down to you.” What kind of job is Max asking Billy to do?