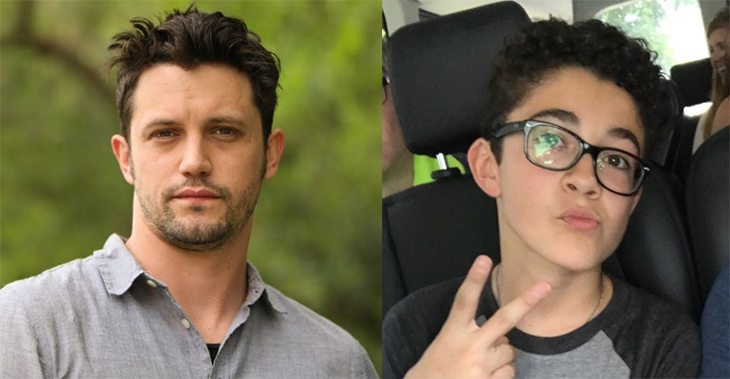 Two General Hospital stars are about to appear in a new biopic together. New reports indicate that Nathan Parsons (Ethan Lovett) and Nicolas Bechtel (Spencer Cassadine) will be appearing in a new film called I Still Believe and we’ve got all the details that you need to know right here.

The film tells the true-life story of a Christian music star by the name of Jeremy Camp. It will focus on his journey of love and loss and how there’s always hope at the end of the day.

The movie will not only focus on the rise of his career, but the tragic death of his first wife, Melissa Lynn Henning-Camp and the redemption that he found through his second wife, Adrienne Camp. In other words, it’s a feel-good movie that everyone will want to see.

Needless to say, many daytime television fans will tune in to see both Parsons and Bechtel in this film. Parsons will play Jeremy’s rock-star friend Jean-Luc La Joie, while Bechtel will play the singer’s younger brother.

As many fans know, Jeremy Camp is an American contemporary Christian music singer. Throughout his successful career, he has released eleven albums, four of them RIAA-certified as Gold, and two live albums.

His original music is a mixture of ballads and up-tempo songs with rock influence. Just recently, Camp opened up about the inspiration behind his latest album called Dead Man Walking.

“This album series and what’s been going on in my life right now is like, there’s such a refreshing, crazy thing in my heart that God’s doing,” Camp told The Christian Post. “This has brought the journey back. [Thinking] of what God has done in my life. It has been really incredible because I would say that besides my first record, this is probably the most vulnerable record that I’ve written.”