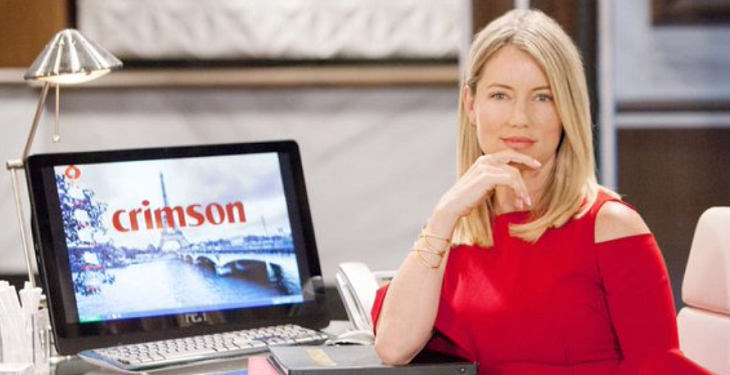 “General Hospital” spoilers for Monday, June 17, tease that Cynthia Watros will debut as Nina Reeves. She’ll take over the part from Michelle Stafford and get involved in the drama right away. GH fans know Jordan Ashford’s (Briana Nicole Henry) medical bills are piling up. Curtis tried to cheer Jordan up about their situation, but he’ll still have the dilemma on his mind this Monday.

Nina will think Curtis and Jordan should be focusing on other things right now. She won’t want them fretting over money, so she’ll offer to pay for everything. Curtis will turn Nina down, so she’ll gripe to Valentin Cassadine (James Patrick Stuart) later. Nina will just wish there was a way to help Curtis out and get past the hurdle of his stubbornness.

Valentin will decide he might be able to solve the problem. He’ll have a job for Curtis to do, so expect Curtis to get an offer later in the week. For now, Valentin will have a different offer to make. He’ll pitch an interesting idea to Jasper “Jax” Jacks (Ingo Rademacher) and hope he goes for it.

Valentin will want to buy Jax’s half of Aurora Media, but Jax will throw him a big fat no on that. He’ll intend to really dive in at Crimson and make things happen, so Valentin won’t be happy. Jax and Nina could grow closer as they work together, so Valentin will have to keep an eye on the situation.

Meanwhile, Peter August (Wes Ramsey) will have some concerns. Maxie Jones (Kirsten Storms) will seem distracted, so Peter will ask if she’s OK. He may sense that this Dante Falconeri (Dominic Zamprogna) search is already taking over her life. Peter will reach out to Mac Scorpio (John J. York) and hope he can pitch in somehow. He may think Mac can convince Maxie to stand down or at least go about this in a better way.

However, Mac will be more worried about the danger Lulu Falconeri (Emme Rylan) could be in. Her latest story at The Invader could be awfully risky! Next, let’s talk about a favor Laura Webber (Genie Francis) will need. She’ll call on Mac to be the interim police commissioner, so he’ll gladly accept the position.

Other “General Hospital” spoilers say Kim Nero (Tamara Braun) will be back from her trip. Unfortunately, it won’t provide the closure she was hoping for. Kim will be a mess as she opens up to Julian Jerome (William deVry). She’ll suggest she’s not sure who she is now. Being Oscar Nero Quartermaine’s (Garren Stitt) mom was a huge part of her identity, so Kim won’t know who to be without it.

Josslyn Jacks (Eden McCoy) will also struggle in Monday’s episode. Lucy Coe (Lynn Herring) didn’t quite have the response Joss was looking for, but Trina Robinson (Sydney Mikayla) and Cameron Webber (William Lipton) may be able to assist her. It looks like the gang will make plans for a séance on their own.

Back with Jordan, she’ll ask Hamilton Finn (Michael Easton) about Ryan Chamberlain (Jon Lindstrom). She’ll wonder how Ryan’s doing after having his kidney stolen. Ryan may be a ruthless murderer, but Jordan will still battle guilt for how all of that went down. She’ll hope Ryan’s recovering nicely, but Finn may contend that no one should really care!