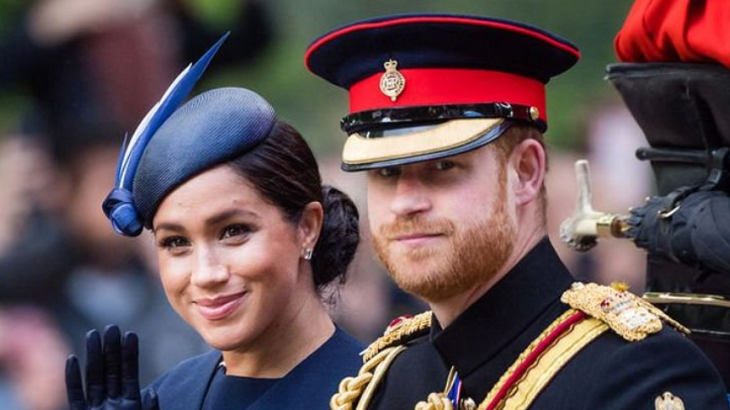 Meghan Markle might be known as one of the hardest working members of the royal family, but it looks like we won’t be seeing her anytime soon.

That’s because there’s a new report that suggests the Duchess of Sussex is planning to take a longer maternity leave than expected. Here’s what you need to know.

Just this past weekend fans got to see Prince Harry and Meghan Markle for the first time in over a month. The Duke and Duchess of Sussex were on hand to celebrate Queen Elizabeth’s birthday during the Trooping the Colour festivities in London.

Prince Harry And Meghan Markle Appeared In A Carriage

Unfortunately, Meghan’s appearance was a brief one. The Duchess of Sussex could be seen in her carriage ride along with Harry, Kate Middleton and Camilla Parker-Bowles before the entire family made their way to the balcony of Buckingham Palace for the big show. Both Harry and Meghan looked happy to be there.

However, it doesn’t look like we will be seeing the Duchess of Sussex again for a very long time. Even though it was initially reported that Meghan would be going back to work sometime during the end of the summer, a new report suggests that the Duchess wants to stay home a little bit longer with her one-month-old son, Archie Harrison.

Apparently, Meghan is a very hands-on parent who is loving her new role as a mother. As a matter of fact, the Duke and Duchess of Sussex are doing all of the work with Archie themselves and don’t even plan on getting a nanny until Meghan is ready to go back to work.

Now, as far as when Meghan will return to work remains to be seen. So far Buckingham Palace has not made any comments about her maternity leave, however, she does have some royal engagements and public appearances already penciled in for October.

The Duchess of Cornwall, The Duchess of Cambridge and The Duke and Duchess of Sussex travel along the Mall to Trooping the Colour, The Queen's Birthday Parade #TroopingtheColour pic.twitter.com/UYIYv8SKeG

While royal fans would definitely love to see more of Meghan (and her fashions) before that, it looks like we will have to wait. Both Prince Harry and Meghan Markle have made it clear that Archie Harrison is their new priority, as he should be!