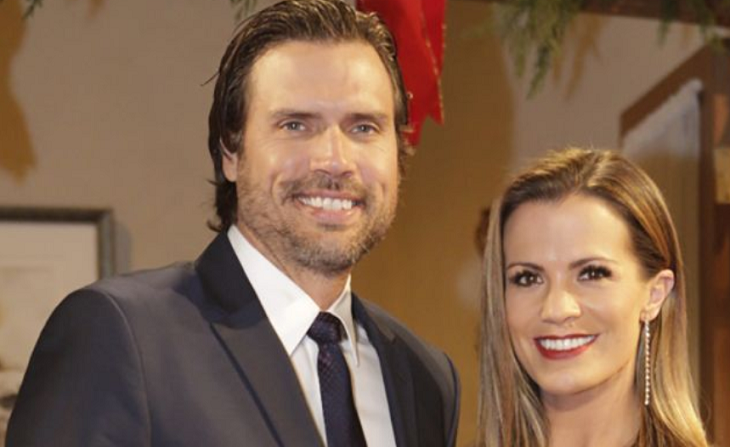 The Young and the Restless (Y&R) spoilers tease that Melissa Claire Egan is back on the set taping as Chelsea Newman.

For now, the spoilers have been thin about what her return will be about. Will she return to be with Adam? Is she still in love with Nick? Is she really married?

Fans have so many questions about her return and Y&R isn’t releasing many details. What we do know is that she is trying to stay away from Adam and the fans cannot help but wonder why.

Young And The Restless Spoilers – Photo With Joshua Morrow

Egan’s picture with Joshua Morrow, the actor who plays Nick Newman, may give a teaser about what’s to come. Nick and Chelsea had an intense bond before she ran away to avoid jail time for the Chelsea 2.0 fraud scheme.

Even though she made a huge mistake by essentially stealing money from Fenmore’s, Nick still cares for her. He loved her enough to try to shield her from the mess with Adam Newman (Mark Grossman).

Many took the picture to mean that Chelsea and Nick will band together to defeat Adam. Some find that hard to imagine. Would Chelsea really try to keep Adam away from his children?

Young And The Restless Spoilers – Is Chelsea Newman Married?

Something about the timeline doesn’t make sense. It’s been three years since Adam’s death. Chelsea stayed in Genoa City for about a year, possibly more, after the cabin blast.

However, she has already moved on, married, and another man adopted Adam’s son? Doesn’t that seem rather quick, especially the adoption part.

It is possible that Chelsea is not married and she is just trying to figure out her next move. She knows  Adam will want to reunite but perhaps, she needs time to ground herself and know what she really wants to do first.