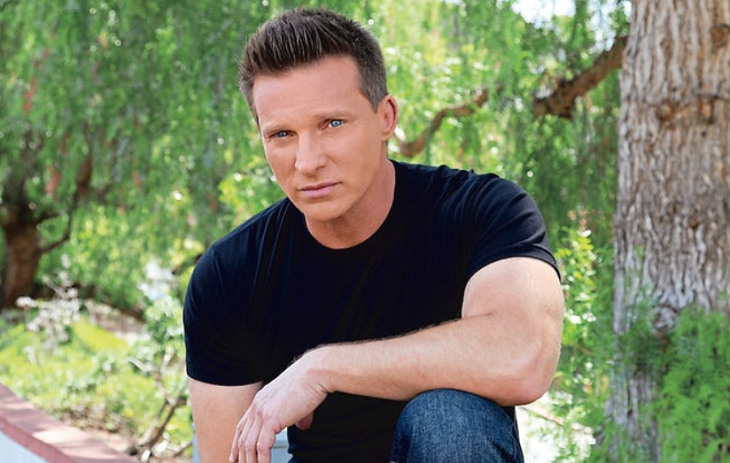 It looks like General Hospital star Steve Burton (Jason Morgan) just has way too much going on in his life these days. The handsome actor recently announced that another actor replaced him in one of his projects just because he can’t find enough time to work on it! Here’s what you need to know.

Ever since Burton returned to General Hospital, his life has been chaos, but in a good way, of course. Because he has to film the daytime soap several times a week now, he and his wife Sheree  have decided to move their family from Nashville, Tennessee back to Los Angeles.

Because Burton is so busy with his General Hospital commitments and his family life, the multi-talented actor realized that he couldn’t continue work on one of his projects.

He has been voicing the character of Cloud Strife in Square Enix’s Final Fantasy VII (video game series) for the last 17 years but now it looks like another actor named Cody Christian will take over for him.

He explained the situation on Twitter to his fans. He wrote: “You may have heard, I will no longer be voicing the amazing cloud strife. Much luv & respect to @SquareEnix for the opportunity.. forever GRATEFUL! And so grateful to all of the FANS..thank you so much for the love and support. My best to @ReallyCody. I’m sure he will do a good job.”

Burton also posted an additional video and further wrote: “There’s been some talk out there that I’m no longer voicing Cloud Strife and that is correct. Man! Seventeen years! Seventeen years! What a run it’s been, but first I just gotta say how grateful I am to even have had the opportunity to voice such a legendary character. To the fans, you guys have been amazing.

"You're setting yourself up for a colossal fall." #GH pic.twitter.com/dXMnN8pV8s

“Over the 17 years I’ve done it, you’ve shown nothing but love and support…I can’t tell you how much that means to me. Things happen. Doors close. Other doors open. This is a door opening for a new cast of final fantasy. I’m sure they’re gonna be incredible. I know Cody Christian’s gonna give it everything he’s got, so I wish him the best.”