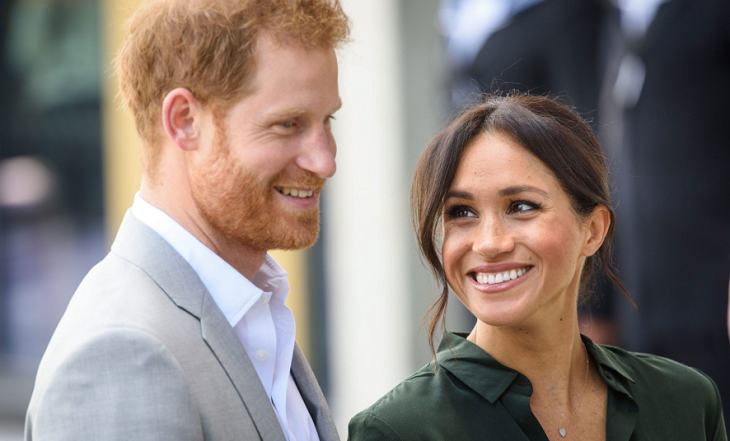 It shouldn’t come as a surprise to anyone that Prince Harry and Meghan Markle are already planning a whirlwind trip to Africa this year. Even though Meghan just gave birth to her son Archie, the Duke and Duchess of Sussex are already planning to bring the little tot to the continent that they absolutely love. Here’s what you need to know.

According to reports, Prince Harry and Meghan Markle are looking to visit South Africa, Malawi and Angola later on this year. Even though Buckingham Palace has not made any official comments about the trip just yet, reports do tease that the Duke and Duchess’ trip will focus on supporting Sentebale.

It’s a charity that support affected by HIV and AIDS in Lesotho, Botswana, and Malawi. Harry cofounded the organization with Lesotho’sPrince Seeiso.

But here’s what will make Prince Harry and Meghan Markle’s trip to Africa so special: they will be following in Princess Diana’s footsteps by continuing her work to help ban landmines in the area.

As many royal fans know, Princess Diana famously walked through an active landmine area in Angola to help bring attention to the situation in the African country.

“[Harry’s] trip to Africa comes at a time in his life where he has become a parent himself. Diana had a great affinity with children and recognized the worth of having boots on the ground could affect change in such an important way,” one source told Britain’s The Mirror.

Land Mines Render Many Parts Of The Country As Unsafe

“This is all about wanting to fulfill his mother’s legacy and showing his wife and baby son the places that have had the most positive affect on him in his life.”

What’s more, Prince Harry plans to kick-start his work in the area at a conference next week. The palace even said in a statement, “the presence of land mines and remnants of the civil war render large areas of the country unsafe.”

Today, The Duke of Sussex attended the launch of Made by Sport, a new campaign which champions the power of sport to change the lives of young people. Alongside British boxing legends Anthony Joshua and Nicola Adams, The Duke of Sussex met a number of sports community coaches from across the UK who play an invaluable role in inspiring future generations and giving young people the focus, skills and support they need. Bringing together over 60 organisations already working in the sports sector, @_madebysport aims to reach thousands of young people in the most disadvantaged communities across the UK through schools, clubs and organisations. This afternoon, The Duke spoke with young people about why sport matters to them and how it is changing, and sometimes even saving, lives. One of these was 15 year old Dantaye, who explained how getting involved with boxing turned his life around, keeping him away from the influence of knife crime and helping him focus on his future. Through his work on sport for social good over the last 10 years, The Duke has seen first-hand how sport can positively impact people’s mental fitness and the role it can play in helping change young people’s lives. Giving them purpose, a safe space with community, core values and confidence to excel in life. The Duke strongly believes that the investment of time and resources in youth programs (specifically with sport) is essential in helping save on funding, save lives and create stronger communities.

So far there isn’t a timeline available for Harry and Meghan’s trip to Africa but we will definitely update you with more information as it rolls in. Plus, we are very excited to see little Master Archie join his parents for the trip, too!