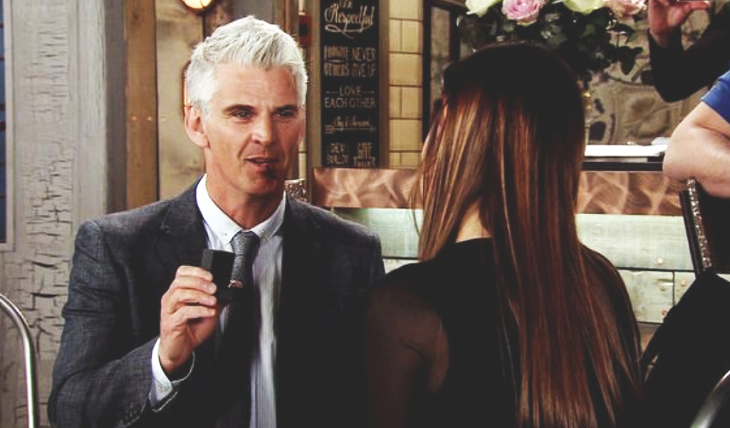 Coronation Street spoilers indicate that the Monday, June 17th episode is going to provide some new twists and turns as everyone in Weatherfield is forced to watch their backs. Here’s what you need to know.

Sarah Platt (Tina O’Brien) will lie to Bethany Platt (Lucy Fallon) about going to the Midlands for business, when in fact she’s actually off to a hotel room to meet Adam Barlow (Sam Robertson). They’ve been doing everything the can to keep their romance under the radar.

Rick Neelan (Greg Wood) will appear on the street to look for Gary Barlow and Sarah. A suspicious Bethany will take pictures of him on her phone and send it to Gary Windass (Mikey North). Gary will end up totally confused about what’s going on and will assume that Rick is holding Sarah captive. Little does he know that Sarah and Adam are actually getting pretty busy underneath the sheets.

Elsewhere, Wayne Hayes (Adam Barlow) calls in to the café and reveals that he has been doing some research about Sylvia’s ring. Roy Cropper (David Neilson) wants him to leave it alone.

Brian Packham (Peter Gunn) and Wayne then realize that Roy has been acting rather strangely lately and that he hasn’t been the same since his trip to Portsmouth. Roy will reveal that he found out that his mother had a secret affair.

After exchanging some words with Cathy Matthews (Melanie Hill), Roy finally admits that he could use Brian and Wayne’s help in doing more research about his family.

Michelle Connor (Kym Marsh), meanwhile, tells Ryan Connor (Ryan Prescott) that she is happy over the fact that she and Robert Preston (Tristan Gemmill) are back together again. This time around she is hoping that they last.

Little does Michelle know that Robert is actually planning a surprise engagement party for Michelle. As the Connors gather inside the bistro, Robert will wait for his future wife outside.

TONIGHT at 7.30pm – Hour Long Episode!
Michelle puts her heart on the line and tells Robert how she feels, but does he feel the same way? #Corrie pic.twitter.com/zo810MDSvG

Also, Daniel Osborne (Rob Mallard) realizes that Sinead Tinker (Kate McGlynn) s worried about her scan while Aggie Bailey (Lorna Laidlaw) and Claudia Colby (Rula Lenska) start a new war of words over the hole in the wall between the Bailey and Barlow households.