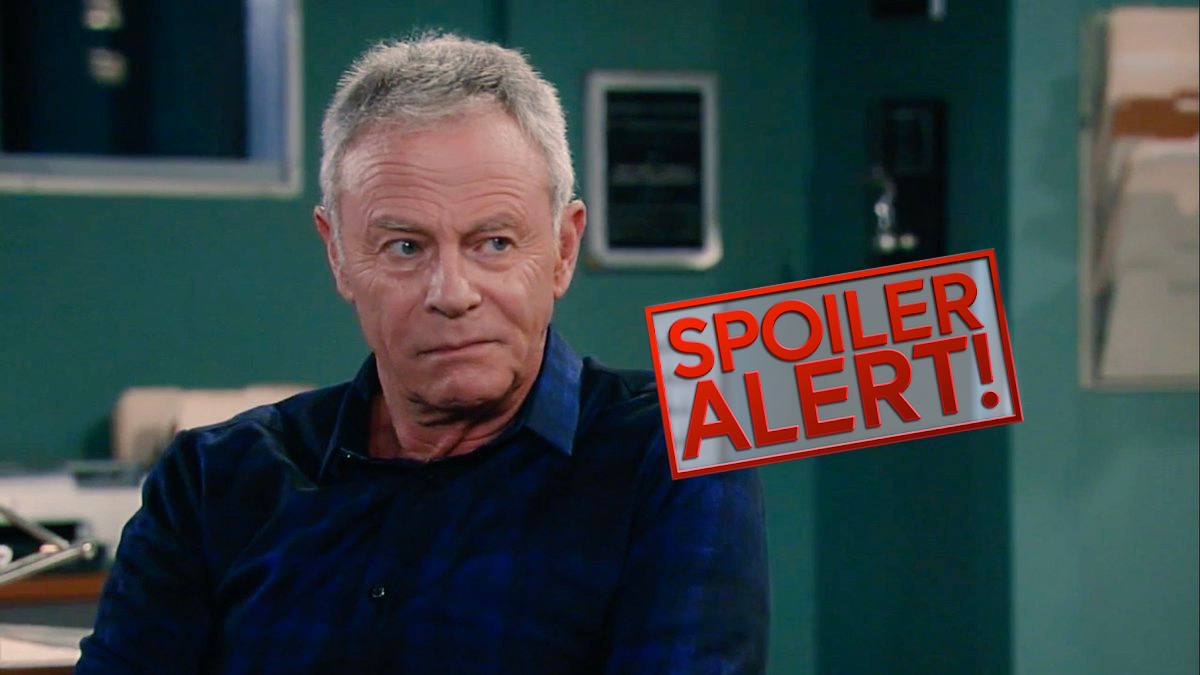 Monday, Jasper Jacks (Ingo Rademacher) declines a business offer. Valentin Cassadine (James Patrick Stuart) wants to buy Jax’s half of Aurora Media out, which of course includes Crimson Magazine. Valentin doesn’t want Jax around his fiancé Nina Reeves (Cynthia Watros) and Jax hangs around the Crimson office practically all the time, so Valentin figures buying him out will get him away from Nina; however, Jax turns him down!

Meanwhile, Nina tracks down Curtis Ashford (Donnell Turner) at General Hospital, where she probably finds him worrying over a stack of bills for his wife Jordan Ashford’s (Briana Nicole Henry) medical care and kidney transplant. Nina will want to help her buddy out by offering to pay Jordan’s medical bills, but it looks like Curtis may be too proud to take her up on her offer! She and Valentin will cook up something by the end of the week to pay the bills without Curtis knowing there’s a connection!

Tuesday, Robert Scorpio (Tristan Rogers) is very upset! It would seem the powers that be at the WSB, otherwise known as the World Security Bureau, for which Robert has worked as a spy for many years, is trying to force him into retirement! Robert doesn’t like being thought of as “too old to cut the mustard anymore” and he will likely let them know it in no uncertain terms! Meanwhile, Maxie Jones (Kirsten Storms) will get a lead from somewhere or someone on the whereabouts of Dante Falconeri (Dominic Zamprogna). She desperately wants to help get Dante home to her bestie, Lulu Falconeri (Emme Rylan) and his family, and get the broken couple “fixed”. Will she be able to?

Wednesday, Michael Quartermaine (Chad Duell) drops by his stepdad Sonny Corinthos’ house for a visit. He may be there to catch Sonny up on his plans to help take down Shiloh Archer (Coby Ryan McLaughlin) and his cult, Dawn of Day. Michael bought the house Shiloh was leasing for his Port Charles location out from under him and probably wants to tell Sonny! Meanwhile, Dr. Kevin Collins (Jon Lindstrom) gets good news; perhaps the General Hospital board has reinstated his privileges and he can start treating patients again.

Thursday, someone from Sonny’s recent past surprises him to catch up; General Hospital spoilers tease this will be the young man who helped him find Dante in Turkey, Dev (Ashton Arbab). Also, Elizabeth Baldwin (Rebecca Herbst) will offer Kim Nero (Tamara Braun) her condolences; it seems a little too late for this to be about Oscar Nero Quartermaine (Garren Stitt); could it be regarding a recent miscarriage?

Friday, Valentin will convince Curtis to take a job he and Nina cooked up that will pay enough to take care of all of Jordan’s hospital bills. Curtis should be happy for the opportunity although he may question if it’s because of he and Nina’s conversation about them Monday! But he will feel better about working for the money so he will probably accept the job! Meanwhile, Jax is put on notice about something – probably a warning from Valentin to stay away from his woman!