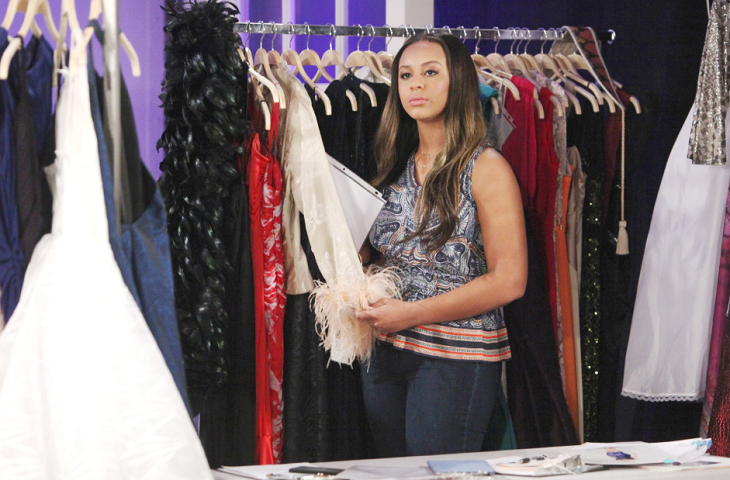 “The Bold and the Beautiful” (BB) recap for Monday, June 17, 2019 reveals that over at the cliffhouse, Steffy Forrester Spencer (Jacqueline Wood) and Liam Spencer (Scott Clifton) hang out with the girls. Liam admits he feels a little dislocated in time. Bill Spencer (Don Diamont) and Katie Logan (Heather Tom) arrive. Liam thinks it’s nice to see them together. Bill replies, “Likewise.”

He acknowledges contributing to the break-up of their family, as well as his own. Bill’s putting his family back together and believes Liam and Steffy are on the road to doing the same and he hopes to be a part of it. Katie adds both of them would like that. When Liam leaves the room, Steffy tells Bill his son’s sad. Bill thinks Liam needs Steffy and knows it.

Katie finds Liam in the kitchen and they touch on Steffy and Bill before Liam admits his guilt at feeling comfortable at the cliffhouse. Katie says Hope Spencer’s (Annika Noelle) decision made sense to her. The four gather in the living room and Liam gives Bill props for facing things today and thanks him for coming. Bill loves him. They embrace. Liam loves him too. Steffy tears up.

At B&B’s Brooke Logan Forrester’s (Katherine Kelly Lang) house, Thomas Forrester (Matthew Atkinson) flashes to deleting the photo of Phoebe from Hope Logan Spencer’s phone. Ridge Forrester (Thorsten Kaye) approaches his son and muses about him daydreaming. Thomas says he thinks about Hope all the time and it’s going to happen between them. Ridge learns Hope said she wants to see where it goes.

The Bold And The Beautiful Weekly Spoilers June 17 to 21: Hope Suffers Another Great Loss – Brooke Takes A Stand – Thomas Issues A Scary Threat

Thomas talks about Ridge’s destiny with Brooke; he understands that now. Ridge says destiny is there when you’re ready to claim it, then exits. Thomas imagines proposing to Hope, who accepts, tells him she loves him and kisses him passionately. Thomas walks to the window and muses, “It won’t be long now Hope. I’ve waited long enough.”

At Forrester Creations, B&B’s Hope Logan Spencer tells her mother the adorable photo of Phoebe that Liam Spencer sent her went missing. Brooke Logan Forrester and Hope rehash Hope’s decision regarding her marriage. Brooke warns her to be cautious of Thomas Forrester. She saw Hope in his arms.

Hope says she was having a bad night. Brooke thinks any man willing to be there in her bad moments will likely reward her with more of them. She points out Thomas makes plans for her and Douglas, who is innocent, but his father may not be. Hope thinks Douglas’ flowers and notes are sweet, but Brooke doesn’t believe they’re impulses of a child – Thomas isn’t stable and his attachment to Hope worries her.

In the Forrester Creations studio, B&B’s Zoe Buckingham (Kiara Barnes) kisses Xander Avant (Adian Bradley) who admits she has a way of making him see things her way…even with Thomas Forrester’s threats ringing in his ears. Zoe knows he wants a happy ending for Hope Logan Spencer, which will mean the end for them.

Xander argues the point and Emma Barber (Nia Sioux) appears – she didn’t mean to eavesdrop and didn’t hear anything they said but asks if everything’s okay. After, Zoe worries she could have heard Xander say Beth’s name. And that’s a wrap. Don’t forget to check often with Hollywood Hiccups for all your soap needs.